Kate Lewis Tapped as Joanna Coles’ Replacement | People on the Move
The long-time EIC of Out magazine is stepping down, Meredith tapped a new SVP of The Foundry and strategic content, and more people on the move. 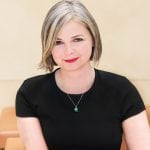 Newly appointed president of Hearst Magazines Troy Young and Hearst president and CEO Steven R. Swartz announced today that Kate Lewis will take on the role of chief content officer at Hearst Magazines, a position that was vacated by Joanna Coles earlier this week, effective immediately. Lewis will continue to report to Young.

In her new role, she will be responsible for direct print and digital content strategy for Hearst Magazines brands, overseeing all U.S. editors-in-chief and digital directors, and work with the company’s international network to create global content opportunities. 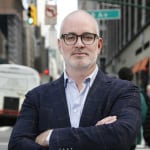 “Kate has built a team of first-rate editorial talent that is focused on publishing exceptional feature and service journalism in words, images and video,” said Young in a statement. “She has played an integral role in growing our digital organization into the fast-moving, profitable business it is today. Kate’s responsibilities will be broader, but her core mission is the same: making content and products that engage and entertain readers, with a focus on excellence in storytelling and service.”

Prior to joining Hearst, Lewis held the title of SVP and editorial director at Say Media where she oversaw content operations, editorial strategy and audience development for the company’s digital brands. 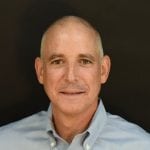 Meredith Corp. announced today that Matt Petersen was promoted to SVP, The Foundry and strategic content, effective immediately. Petersen rejoined the company earlier this year as the general manager, content marketing, where he oversaw Meredith’s custom content revenue, and in his new position, he will oversee all of Meredith’s custom and branded content businesses, specifically, The Foundry.

Petersen helps fill a gap left by former SVP Chris Hercik, who quietly left The Foundry last month. In addition to this move, Adam Ochman was also promoted to VP, head of content and strategy at The Foundry, and will report directly to Petersen.

“I am excited to partner with Adam and [Cara Deoul Perl, VP, creative director] and the talented team at The Foundry to bring innovative ideas and measurable results to clients by leveraging our extraordinary brands, award-winning creative talent, and proprietary data, combined with our fierce determination and commitment to make a difference,” said Petersen in a statement. 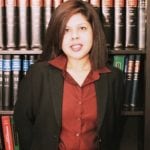 Jacelyn Johnson has been tapped as editor-in-chief of ALM Media’s China Law & Practice. In this role, she will be tasked with driving the publication’s growth strategy and overseeing production of the print magazine, while also working to develop and manage the online and digital transformation of the publication’s content and product strategy.

Most recently, Johnson served as the commercial product manager, legal research solutions at LexisNexis Hong Kong, and before that, as managing editor for all of Hong Kong’s legal content at the company.

Editor-in-chief of Legal Global Brands at ALM, Gina Passarella, says that Johnson will serve as a key member of the company’s Global Newsrooms and that “her vision will help extend the publication’s deep regulatory expertise and database, while ensuring readers are getting the latest on changes to law and regulation in one of the most important markets in the world.” 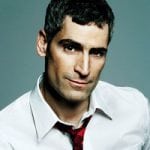 The editor-in-chief of Out magazine, Aaron Hicklin, announced in a tweet that he is stepping down from his role after 12 years, “Endings come quickly, but 12 years and 125 issues later, it feels like time to me to step down.” Hicklin is set to depart after the September issue and has not yet announced his next steps.

WSJ. Magazine has hired Sarah Ball for its newly created digital director position. In this new role, Ball will be tasked with leading all digital content as well as building a new digital team in order to bolster the magazine’s one presence, which currently exists as a tab on the main Wall Street Journal website. Most recently, Ball served as editorial director for GQ.

Adam Weinstein announced on Twitter that he resigned from his role as acting editor-in-chief of Task & Purpose.

Zara Rahim is joining The Wing to oversee strategic communications. Most recently, Rahim served as communications director at Vogue, and before that, served as a national spokeswoman for Hillary Clinton’s 2016 campaign.

Digital editor Sam Dangremond has stepped down from his full-time role at Town & Country and will become a contributor to the magazine while attending Fordham Law School and working on his MBA at Fordham’s Gabelli School of Business.

The New Yorker tapped Osita Nwanevu as its new Washington, D.C.-based staff writer who will regularly write for newyorker.com about Capitol Hill and the midterms, among other topics. Nwanevu most recently held the same role at Slate where he focused on politics and the future of the Democratic party.

Fast Company promoted two staffers this week. Senior editor Kathleen Davis was tapped as deputy editor of Fastcompany.com and in her latest role, she helped to transform Leadership into a destination for news and analysis on workplace, career, management and more, and lead her team in covering issues such as the gender wage gap.

Anisa Purbasari Horton was also promoted this week from editorial assistant to assistant editor. She was responsible for some of the site’s most-read stories and works on the Work Smart newsletter as well as co-hosts The Secrets of the Most Productive People podcast with Davis. 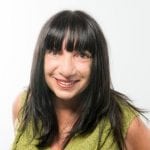 HuffPost senior writer and columnist Ann Brenoff announced that she is retiring from journalism after 45 years in the industry. Brenoff worked on a column for HuffPost called “On The Fly,” where she often discussed navigating getting older, and says in a recent post that she is retiring because “life is short and a healthy life even shorter. I don’t want to miss out on what’s left of mine.”

Long-time Politico photographer John Shinkle announced that he is leaving the brand after 11 years to join the U.S. Senate Photographic Services.

Shan Wang announced in a tweet that she is leaving her position as staff writer at Neiman Lab to join The Atlantic at its Washington, D.C. office.

Former CBS News senior producer Nancy Han is taking on the role of executive producer at NowThis where she will be in charge of an upcoming daily Facebook Watch show, NowThis Morning.

FiveThirtyEight announced that Micah Cohen was promoted from politics editor to managing editor. Cohen has been with the statistical analysis news site since 2010.

The Association for PRINT Technologies has announced that Sondra Fry Benoudiz will be joining the business development team where she will be responsible for developing sponsorship programs, creating business opportunities, and providing customized solutions for members. With over two decades of industry experience, Fry Benoudiz most recently worked for Specialty Graphic Imaging Association (SGIA) where she grew association membership, established a sponsorship and advertising program, and collaborated on the annual trade show.

Vivienne Machi is joining Defense Daily, a trade publication out of Folio:’s parent company Access Intelligence’s defense group, where she will report on developments in the Air Force and Congress from the Capitol Hill desk. She most recently served as a staff writer at National Defense Magazine, and prior to that, served as a reporter and social media manager at Cox Media Group.