Jon Werther Is Out at Meredith After 3 Years as President | People on the Move
Hearst expands its editorial video division, Esquire has a new EIC, Modern Luxury taps new editorial leadership and more. 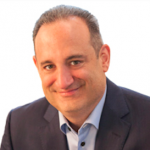 National Media Group president Jon Werther is out at Meredith Corp. after seven years with the company, effective immediately. In a statement from president and CEO Tom Harty, he said that there aren’t any immediate plans to fill the vacancy, and that the senior leadership team will now report directly to him.

Werther joined Meredith in 2012 as chief strategy officer and later took on the role of president for Meredith Digital in 2013, before landing in his final position with the company in 2016. Prior to Meredith, he served as president of marketing and advertising company Simulmedia, and also held several executive-level roles at AOL and Time Warner, Inc.

Though a direct explanation about why Werther was leaving the company wasn’t shared, Harty said in the statement, “As we close our fiscal 2019 and enter fiscal 2020 next month, I think this is a good time to pivot and assess where we are and what steps need to be taken to build upon our momentum, including the optimum leadership structure to drive organic revenue growth.” 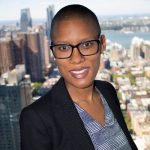 Hearst Magazines is growing its editorial video unit, Hearst Originals, with the hires of Zuri Rice and Todd Joyce to the roles of SVP, head of video development and content strategy and VP of video sales, respectively.

Rice joins Hearst from Viacom, where she spent the past 14 years. In her new role, she will be responsible for developing the division’s video strategy as well as overseeing the creative direction of scripted and unscripted editorial series across all platforms. Rice most recently served as the SVP of short form video for Viacom Digital Studios, where she led the production and development of video content for Nickelodeon’s YouTube and social media channels. 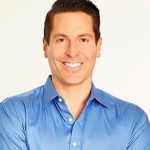 Coming from DEFY Media, Joyce has nearly 16 years of sales experience and most recently was the SVP of East Coast sales for the company. In his new position, he will be responsible for pre-roll and sponsorship sales for editorially produced video across the company’s portfolio. Prior to DEFY Media, Joyce spent over six years at Break Media, where he held multiple senior-level sales positions. 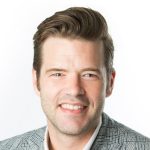 Elsewhere at Hearst Magazines, Esquire named Michael Sebastian its new editor-in-chief, following the departure of Jay Fielden last month. Sebastian previously served as the magazine’s digital director since 2017, working to expand the online platform’s content to include a new fashion vertical and spearheaded the launch of the launch of the “Politics With Charles P. Pierce” membership program. He joined Hearst Magazines in 2015 as a senior news editor tasked with running all of the brands’ digital newsrooms, and before that, he was a media reporter for Ad Age.

“Over the past two years, Michael and his impressive team have tripled Esquire’s site traffic and significantly expanded the brand’s digital footprint,” said Hearst Magazines president Troy Young in a statement. 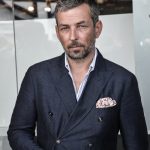 Popular Science‘s Corinne Iozzio was promoted to executive editor from her role as deputy editor this week. Iozzio rejoined the magazine in 2017 as its managing editor before being promoted in January 2018 to her most recent title. She originally started at Bonnier Corp. in 2009 as an associate editor of PopSci before leaving the company to freelance in 2014. She has also written for FastCompany, Fortune, Mental Floss and Scientific American.

Vice Media tapped Jesse Angelo as its new president of global news and entertainment, tasked with overseeing the company’s news, digital and TV operations, according to a report by The Hollywood Reporter. Angelo formerly spent a total of two decades with News Corp and departed the company earlier this year in January from the position as the publisher, CEO and chief of digital advertising solutions of the New York Post. Based in the company’s Brooklyn headquarters, Angelo starts his new role on June 24. 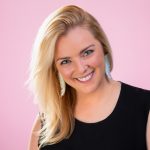 Most recently a public relations director for Plug Public Relations, Rozelle Humphrey previously served as the social editor for PaperCity magazine, while concurrently writing for Girl Around Town. Before that, she was also a contributor to fashion and lifestyle blog PinkMemo. She is succeeding Kristie Ramirez, who is stepping down from her role as EIC of Modern Luxury Dallas. 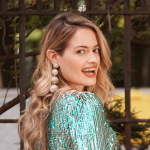 Bray initially joined Modern Luxury in February 2018 as the national interiors editor and editor-in-chief of Gotham and Beach magazines. Prior to that, she was the style editor for Town & Country and she started out at Hearst as an editor across the company’s shelter publications, which includes House Beautiful, ELLE Decor and Veranda. A native of Texas, Bray also previously wrote for PaperCity.

Kamilah A’Vant was named the director of diversity programs for regional business and legal journal publisher BridgeTower Media this week. Based in Boston, A’Vant brings her experience in senior roles at broadcast television companies Media General and LIN Media to this position, where she will be responsible for leading the company in expanding its diversity and inclusion events, content and strategy, as well as further developing its Color Magazine brand. She also currently serves as the president of the New England chapter of the National Association for Multi-ethnicity in Communications.

Barron’s reporter Crystal Kim is joining Bloomberg News as an equity capital markets reporter, effective June 17. Kim had been with Barron’s since 2010 and most recently was a funds columnist and host of the “Numbers By Barron’s” podcast.

Forbes tapped Kelly Anne Smith as its new reporter, according to Talking Biz News. Smith formerly was a personal finance reporter for Bankrate where she covered retirement, millennials and money management.