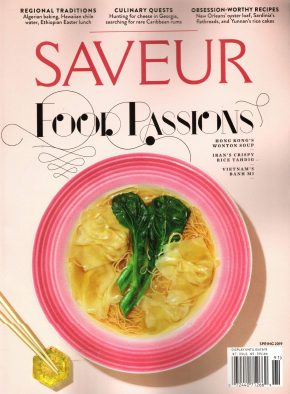 He is succeeding Anthony Licata, who departed the company after over two decades and most recently served as its editorial director for the four magazines, in addition to Popular Photography and American Photo.

Brown will be tasked with overseeing all of the editorial strategy for these brands, in addition to continuing to lead editorial direction at PopSci, and he is looking to data to serve as the guiding principle for growth across the four titles.

“The thing that we’ve been really ruthless about at Popular Science is using data to determine where content will perform the best for most of your community,” Brown tells Folio:.

And while these brands all have very different focuses ranging from gourmet food and wine to hiking and hunting, Brown sees an opportunity in this role to take the successes he’s experienced so far at PopSci—whether that’s in podcasting, achieving record digital growth or launching new newsletter campaigns—and translating them to apply to the other brands’ needs.

“I’m not going to pretend that I’m the world’s top chef or the most accomplished outdoorsman in the world. In fact, I’d put myself in the bottom percentile for both of those things,” says Brown, who doesn’t want to implement a personal brand vision for each of the new titles. “But what I have figured out at PopSci recently, is to focus on putting the right content on the right platform.”

One example of this, and one of the first things that he anticipates he can bring to the other brands, is the digital growth that PopSci has been experiencing recently, which has established the brand as one of the company’s leaders in the digital publishing space. Since 2016, Brown says page views are up 400% and uniques are over 250% higher.

“That’s not accidental either. It’s all about being a really platform-specific publication—where can we actually reach our readers in the best way? Being able to take some of that systematic, deliberate movement and applying it to the other digital brands is really important to us.” 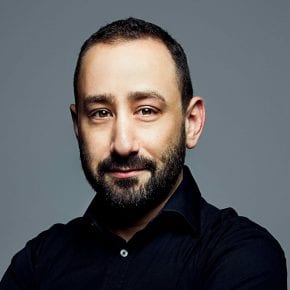 In order to do this, Brown says that his first priority will be to establish clear lines of communication between his brands, recognizing that the strengths of one publication can be something another can learn from.

“I also don’t want to pretend that PopSci has done everything the best in the entire group. There are really some experts in the Outdoor Group and at Saveur, and there are strengths that those brands bring to the table that can also be used at Popular Science,” he says.

For example, the Outdoor Group has one of the most highly engaged audiences on Facebook, even now during what he calls an “apocalyptic” time. And while driving traffic to the site is always appealing, that’s not even that aspect that Brown says he’s looking to learn how to replicate for the other brands. It’s its ability to tap into niche communities.

“They’ve got an active group of fanatical readers who engage with them there in a way that has always made me envious when I was at Popular Science,” he says.

At Saveur, the brand’s performance on Instagram is what Brown describes as being at influencer-levels, with a following that’s “larger than their subscriber base by orders of magnitude” (at the time of publication, the magazine’s account had 755K followers). He says that he will be looking to its team to share the strategies they’ve been using on the platform to grow the other publications’ followings.

And similar to how Brown says they will use data to determine the successful techniques being used by each brand, PopSci has already seen positive results from allowing data to influence the content being produced by each platform.

“People are fanatical for content that they feel is tailored for them and obviously it’s a huge tech lift to make an individual experience for every single person who comes to a large digital property,” he says. “But what we can do is use our content strategy savvy and our platform savvy to make sure that people are getting what is trending to be the most tailored thing right now.”

So far, they’ve implemented this customization tactic of pinpointing trending topics within a recent newsletter launch called the 30-Day Digital Deep-Clean, which helps readers figure out how to clear out unused and forgotten accounts, as well as clear their inboxes of accumulated unread emails. Since the initiative went live on April 1, Brown says that his team has seen unprecedented open rates, with 57% on day one and gross open rates that far surpassed anyone’s expectations.

He credits data that showed readers prefer content that can directly impact or better their lives, which made this newsletter feel as tailored as possible, without having to dig down to the individual personalization level.

Beyond newsletters, PopSci has also repositioned its podcast products and regained audiences there after data influenced the decision to end a lower-performing podcast and launch a new one. After seeing positive numbers with the “Last Week in Tech” series on the website, Brown and his team decided to turn it into a podcast, but quickly saw that it didn’t work nearly as well on that platform. At the same time, however, the “The Weirdest Thing I Learned This Week” podcast was garnering not only high listen rates, but high completion rates, which they realized could be credited to the friendly competition that took place in each episode.

“We took some advice from [the “Weirdest Thing” team] and created a podcast that was competitive enough that you listen through to the end, but not so competitive that you’re uncomfortable,” he says. “So it’s just using the data that we have on hand to make sure that we’re optimizing the content for the platform that it’s on.”

And podcasts are one area that Brown knows most, if not all, of his new brands are looking to extend themselves by learning from the successes of PopSci within the space. 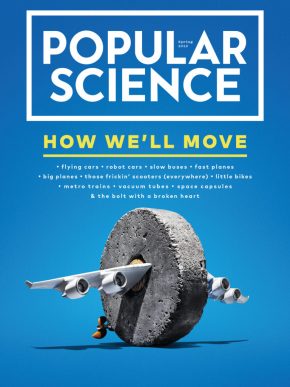 Another trend that he foresees in print is the continuation of the “journal method” that PopSci pioneered within the company, and has already begun to spread. Saveur and Outdoor Life also follow the quarterly frequency, and Field & Stream has a slightly higher frequency of six issues per year, but Brown’s focus will be to create a publication that is more of a “cultural artifact” or “keepsake” than a news product.

Brown also doesn’t consider himself the true boss of the brands—that role goes to the longtime subscriber or faithful social media follower—but collaboration between all of the teams in the New York division is the best way he expects to be able to collect the audience feedback and turn that into profitable and successful growth strategies.

Following his appointment, Brown is looking to grow his division. Currently, he is searching for a new EIC of Outdoor Life and he says that within that process alone, he has been able to learn a lot about what not only that brand needs, but what the hunting and fishing enthusiast space in general needs.

Ultimately, however, he is used to smaller operations producing engaging content for multiple platforms. At PopSci, Brown has a team of only 15, which will now be sharing its editor-in-chief with the three other magazines. And he admits that at least for a while, his role will likely feel like two full-time jobs, if not four.

But what he looks forward to is the ability to go behind the curtains of these brands and take the time to learn about their strengths—and weaknesses—first hand, which is something he never had time to do when he was focusing solely on PopSci.