Joanna Coles to Depart Hearst Magazines
After serving two years as chief content officer, Coles is resigning from her role and leaving the company. 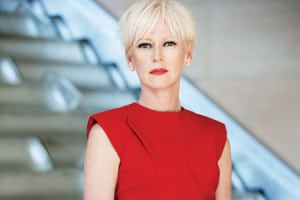 Long-time Hearst exec Joanna Coles is departing the company, Coles confirmed in a Instagram post on Monday. This announcement follows in the wake of the recent appointment of Troy Young to president of Hearst Magazines.

“My route is being recalculated. It’s time for a new adventure. I’m going to take some time off, play some tennis,” said Coles in a video. She also added that she’ll have some news in the fall.

Coles most recently served as chief content officer, a role that was created for her in 2016, and she was tasked with working alongside Hearst Magazines’ editors to develop initiatives and brand extensions across the company’s many platforms.

Coles has recently been working on several outside projects as of late, including publishing her self-help book, “Love Rules,” and working with ABC to develop the TV show “The Bold Type” on Freeform, of which she currently serves as an executive producer.

She first joined Hearst in 2006 as editor-in-chief of Marie Claire, then moved to EIC of Cosmopolitan in 2012 where she later took on the additional title of editorial director of Seventeen. Coles spearheaded several projects from her position as CCO, such as the “So Cosmo” reality TV program on E! that followed the careers and personal lives Cosmo editors, and later served as inspiration for “The Bold Type.”

The timing of Coles’ alleged decision to leave the company—just a week after Young’s promotion—has reprised rumors of a less-than-cordial relationship between the pair, with the New York Post going as far as to speculate that “it is no secret in the halls of Hearst Tower that Coles and Young aren’t exactly BFFs.”

Representatives for Hearst Magazines have not responded to a request for comment.