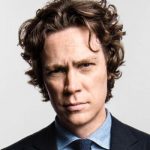 Esquire editor-in-chief Jay Fielden is out after three-and-a-half years at the helm.

The latest in a long line of editors and execs to depart Hearst following the appointment of Troy Young to president of Hearst Magazines, Fielden announced on Instagram that he has decided to leave the company.

Though he did not offer an explanation for his resignation in the post other than having “felt the lure of new possibilities,” this move follows shortly after a number of other recent departures at Hearst including chief content officer Joanna Coles—who left after a 12-year career with the company a week after Young’s appointment—her Cosmopolitan editor-in-chief successor Michele Promaulayko, Cosmo publisher Donna Kalajian Lagani, SVP and publishing director of the Hearst Design Group Kate Kelly Smith, and Michael Clinton who announced earlier this month that he is retiring after 21 years with the company.

It also follows shortly after the backlash that both Esquire and Fielden received when a year-long investigation into allegations of sexual assault against director Bryan Singer by two of the magazine’s staffers was killed by Hearst and later published by The Atlantic.

Fielden joined Hearst in 2011 as the editor-in-chief of Town & Country, later moving to Esquire in 2016, though he stayed on T&C’s masthead as its editorial director at the same time. He started his career in the magazine media industry at Condé Nast, where he held various roles at The New Yorker, Vogue and then the top editor at Men’s Vogue, before it closed in 2008.

While Fielden has not yet settled on what his next move will be, he did mention that the first few chapters of a book were in the works on his laptop. His successor has not yet been named. 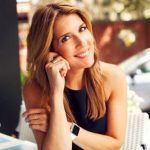 Another former Hearst editorial lead, Michele Promaulayko—who was replaced as the editor-in-chief of Cosmopolitan by Jessica Pels in October last year—has announced her next move.

According to WWD, Promaulayko will take over as the first editorial director-at-large for the year-old health and wellness membership club, The Well, which is looking to expand into editorial content in addition to the exercise classes and training services it already provides. She will use her over two decades of experience in the magazine media industry, as well as her knowledge of the health and wellness space to spearhead the creation of the company’s content strategy.

Promaulayko had been the EIC of Cosmo since 2016, when she succeeded Coles, who was appointed the first CCO of Hearst Magazines. Prior to this, she was the EIC of Yahoo Health, VP and EIC of Women’s Health at Rodale and, from 1999-2008, was the executive editor at Cosmo. 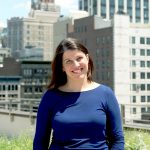 Suzanne Quint was hired as the new general manager of Bauer Xcel, the digital silo of Bauer Media Group. She will oversee all of Bauer’s digital business for its brands in the U.S. as well as implement the overarching digital strategy for the division.

Quint joins Bauer from commerce marketing tech company Rokt, where she served as the VP of marketing, and prior to that, she spent 16 years at Time Inc., most recently serving as the digital general manager and publisher of All You. While at All You, she grew revenue to over $40 million and delivered double-digit profits through both consumer and advertising revenues.

Andrés Gutierrez was tapped as the new associate publisher of sales for InStyle this week. He will begin his new role on July 8 and will report directly to VP and publisher Agnes Chapski, who was also recently appointed to her role earlier this month.

As associate publisher, Gutierrez will use his experience as a media sales executive at several Condé brands, including Glamour and Teen Vogue, as well as at Hearst and Time Inc. to build new partnerships for InStyle. Most recently, he served as a business development consultant for the luxury lifestyle and beauty consultant group Dragonfly Sage, and prior to this, he was the VP of strategic sales and partnerships for Bustle Digital Group. 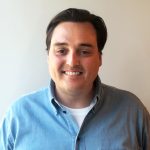 Robert Semmer was named the new VP of video for Vogue, in conjunction with Condé Nast Entertainment. Based in New York, Semmer will report directly to Croi McNamara, SVP of programming for CNE, and he will be tasked with developing the vision of Vogue’s programming slate, as well as producing the content.

Most recently, Semmer was the SVP and head of content for Premier Music Group, where he oversaw content creation and content strategy for several artists, brands and labels. Prior to that, he also worked at Vice Media, Adidas, Nike and Universal Records.

Variety reported that Cory Haik is joining Vice Media as its new chief digital officer. Based in the company’s Brooklyn headquarters, Haik will report directly to CEO Nancy Dubuc and will be focused on growing Vice’s global audience and development, platform partnerships and digital product innovation. She comes from Mic, where she was the publisher of digital news until the staff was laid off prior to the brand’s sale to Bustle Digital Group late last year. 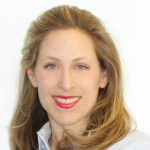 Bonnier Corp.’s Working Mother Media appointed Amy Bourne as its new VP of marketing, effective immediately. Bourne previously spent 10 years at International Flavors & Fragrances where she was the head of marketing for North America, and worked with clients like Estée Lauder, Unilever and Bath & Body Works. She comes to Bonnier after serving as a marketing consultant for small businesses.

Jennifer Turney joined ALM this week as its new VP of events strategy and operations. In this role, Turney will be responsible for all event operations, as well as the UK event portfolio, aside from Private Client events and new product development. She joins the company from Vendome Group, where she was the VP and managing director, and was tasked with overseeing the company’s portfolio of events and media. Also based in New York, Turney will lead the Operation teams in both New York and in London.

ALM also added Dan Herman to its staff as the new VP, global corporate controller. Most recently, Herman was the CFO of the Princeton Review and in his new role, he will be based in New York and will oversee the Accounting department. He has over 15 years of experience in finance and accounting, including spending six years at KPMG.

Business Insider added Julia Hood to its staff as its head of special projects, and Drake Baer as deputy editor of Strategy and Exec Life. Hood joins from PR Week where she was the editor-in-chief and in her new role, she will work across the newsroom to develop new editorial packages, series and events to appeal to both audiences and advertisers. Baer is returning to BI after three years, when he was a correspondent. Most recently, he was the director of content at the NeuroLeadership Institute, but he has also worked at Arianna Huffington’s Thrive Global and written for New York magazine. 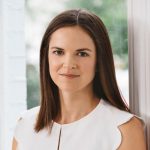 Rosie Spinks is joining Skift’s edit team in London, where she will serve as its global tourism editor, tasked with leading the company’s coverage of the industry. Most recently, Spinks served as a lifestyle and travel reporter at Quartz.

Consumer Reports tapped Jake Swearingen as its new technology reporter, starting May 28. He joins the publication from New York magazine, where he was also a tech reporter from 2016 until April of this year. Prior to this, Swearingen was the website director of Popular Mechanics and an associate editor at The Atlantic.

The Atlantic named former Chicago Mayor Rahm Emanuel as a contributing editor. His first essay as a contributor was published this week, though this is not the first time that Emanuel has written for the publication. 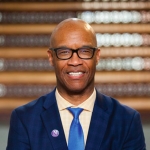 Charles Whitaker, interim dean of Media and Integrated Marketing Communications at Northwestern University’s Medill School of Journalism, was voted into the American Society of Magazine Editor’s (ASME) board of directors. Though Whitaker is the first academic to be added to the organization’s board, his career experience goes far beyond academia. Previously, he was a senior editor at Ebony Magazine, the co-author of “Magazine Writing,” and contributed to Jet magazine, Essence magazine, Chicago Parent magazine and Folio:.

BPA Worldwide named Debra Sangiuliano as its new chairperson for its board of directors. Succeeding Alan Quarry, who served as chairperson from 2017-2019, Sangiuliano will hold the position for the 2019-2020 year, in addition to serving as the media director at Pfizer, Inc. Since 2009, she has been with the biopharmaceutical company and is responsible for direct-to-consumer, healthcare professional media channels as well as leads search for the portfolio of brands.