Vogue’s Digital Director Takes Us Inside the Brand’s Cross-Platform Strategy
"It’s not just about scale anymore; it’s really about loyalty." 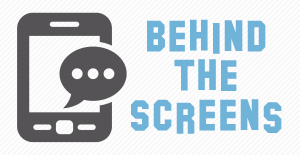 Vogue may still be best known for its print edition, whose September fashion issue, though thinner each year, remains a relative bible against its competitors. But some may be surprised to learn that 13.3 million U.S. adults visited Vogue.com in February, according to comScore data, an increase of 54 percent over February 2018, and Vogue‘s second-best monthly total ever after last May, the month of the Met Gala.

The brand scored wins not just with content drawn from the magazine’s Hailey Baldwin/Justin Bieber cover story, which received a major push online in the first week of the month, but also by further capitalizing on annual tentpole events highly popular with its audience base. Traffic to articles, videos and slideshows around the Grammy Awards, Feb. 10, was up 39-percent year-over-year, Vogue says, while traffic around the Oscars later in the month jumped 31 percent.

The recent digital growth at the 126-year-old title isn’t the result of chasing scale, says digital director Anna-Lisa Yabsley, but more a symptom of a shift in strategy in recent years emphasizing deeper engagement with loyal audiences, wherever and whenever they want to consume Vogue content. 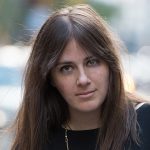 “We’ve spent a lot of time over the last 12 months really refining how we interpret all of the audience data and the insights that we have access to,” says Yabsley.

Editors and social media teams are working with audience and analytics departments not just to better understand what’s resonating on each channel, but more and more to look at engagement metrics—dwell time, completion rates on videos, photo galleries and long-form articles, bounce rates, and especially the ways that different points of entry to the site dictate engagement patterns.

“It’s not just about scale anymore; it’s really about loyalty and creating an environment where users not only want to engage with our content, but also return multiple times.”

While there’s always a focus on funneling casual followers into avid subscribers, and every effort is made to maintain a certain consistency in tone and overall experience on every platform on which the brand has touch points, Yabsley says there’s also a realization that Vogue‘s user base is so large and so widespread that there is no one-size-fits-all approach to engagement.

“I’m not going to lie,” Yabsley tells Folio:. “Of course we would love for every person who follows us on Instagram to also subscribe to the newsletter and have a print subscription and go onto Vogue.com everyday, but we’re also realistic that that’s just not the case for every user.”

This has been a strategic shift over the past couple of years, she says, partially driven by the constant experimenting and A/B testing enabled by real-time analytics. But it’s also been a reaction to the growth that Vogue has seen on specific platforms.

Vogue‘s Instagram account, for instance, has 22.4 million followers at press time—nearly double the amount of average monthly unique visitors to Vogue.com. And Yabsley says its YouTube channel, which has 4.7 million subscribers, did 1.5 million views per hour during last year’s Met Gala.

“What comes with these huge audiences is a responsibility to deliver them the type of content they want,” she adds, “and with that responsibility comes the need to understand each platform’s ecosystem and the way users engage within it. We can no longer think of all of those platforms solely as distribution channels.” 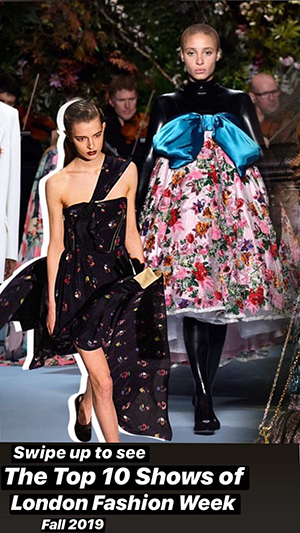 One thing the team learned through this approach to monitoring activity was that users were coming to Vogue‘s Instagram stories as a news source, with the “swipe up” feature—a means of integrating links into stories, available only to verified accounts or those with over 10,000 followers—proving an effective traffic driver to Vogue.com. But that doesn’t mean that everything on the stories feed needs to be a referral play.

If a user simply wants to watch six-second video clips of Bella Hadid at Paris Fashion Week, says Yabsley, Vogue will deliver that. But if there’s a way to direct those who are interested in viewing more to the full video on YouTube or Vogue.com, they’ll cater to that as well.

Another element to the strategy—something of an industry-wide reality in recent years—has been reducing dependence on traffic from social platforms, particularly Facebook, and complementing it with more reliable search traffic, both around evergreen content and the same tentpole events.

And Yabsley says analytics have also led to an increased emphasis on newsletters and the ability to target specific email subscribers with new products based on their usage patterns and interests, such as a beauty newsletter or one focused on royals.

“We can look at their behavior and make sure that it’s sent to users who we know will find it valuable,” she says.

Asked how the preponderance of user data at publishers’ disposal has impacted the role of the digital editor, Yabsley—who was an online editor at Australian publisher Pacific Magazines and digital managing editor at Fairchild Fashion Media before arriving at Vogue in 2016—characterizes her strategy as data-informed, rather than data-led, respectful of both analytics and old-fashioned editorial know-how.

“It’s very freeing in a lot of ways, knowing that we have these teams of people who can really help us understand our audience and refine our strategy,” says Yabsley. “But there’s also a lot of pressure, because we have huge audiences and it’s very important to us that we do them justice and maintain a level of quality in the content.”

As for how Vogue‘s digital team plans to capitalize on the momentum and break its own all-time record this May, Yabsley was careful not to let slip any specifics, but did provide a broader view of the strategy.

“In general, with the Met, it’s very much about real-time responsiveness and being agile,” she says. “We go into the Met Gala like a well-oiled operation. Everything is planned out and strategized for the better part of a year, but on the actual night it’s very much about speed and being reactionary. So we strive to come up with new ways to satisfy our audience’s phenomenal appetite for that event, and we’ve got some creative ones for this year.”