How Much Magazine Associations Make, And How They Spend It
IRS documents offer detailed look into operations. 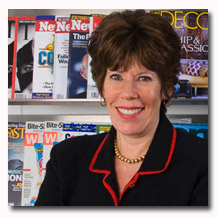 The Magazine Publishers of America generated $16.7 million in revenue in 2006, with CEO Nina Link [pictured, right] making $740,713 in total compensation, while American Business Media reported $6.0 million in revenue for that year, with CEO Gordon Hughes receiving $400,511 in total compensation. ABM also posted total expenses of $5.9 million, including more than $1 million on the compensation of officers, $642,000 on the compensation of other staff, and $587,000 on legal expenses, according to the association’s Form 990, an Internal Revenue Service document for non-profits and charities.

The federal 990 forms, which are public documents and available through the IRS or the organizations themselves, disclose assets, receipts, expenditures, grants and compensation of officers. They offer a detailed look into the operations of the associations serving the magazine industry in a way not always indicated in annual reports, including specific data on how member dues are spent.

Both ABC and BPA generated the vast amount of their revenue on audit fees rather than member dues, while at MPA and ABM, dues were the their biggest revenue source. ABC, for example, generated $1.5 million in dues and BPA produced $707,000 in dues. ABM, for its part, generated $4.3 million in member dues ($508,881 of that was from associate members). ABM also generated $603,231 in forum and conference revenue, and $570,735 in annual meeting revenue.

Here are some head-to-head comparisons of the four organizations: