How Game Informer Levels-Up Print Subscriptions
Over 27 years and 300 issues, Game Informer has learned from its loyal subscriber base how to mature and grow across many platforms.

One of five special covers designed by Greg Semkov for the 300th issue of Game Informer.

Upon the release of its 300th issue this month, Game Informer is looking at some of the highest subscriber figures in its recent history—specifically in print.

With Alliance for Audited Media data indicating steady growth in overall print and digital subscriptions, Game Informer reported an increase of over one million print subscribers over the last year alone, bringing its year-end total to 5.3 million.

Associate publisher of Game Informer Rob Borm attributes the brand’s success to refining its niche audience and orchestrating the careful blend of its partnerships, content and focus. “Our continued growth reflects a combination of uniquely catered components that include the right magazine video game content being presented by the right organization in the right place to the right audience at the right time.”

Knowing its subscriber is what makes Game Informer successful by staying competitive, maturing with its reader, and honing in on ads that profitably align with its audience.

Staying consistent with a maturing audience

Keeping the subscription cost at a low $19.98 annually and single copies at $5.99, Borm says that it’s important for the brand to remain consistent for the readers, which also gives the magazine the upper hand compared to competitors.

Additionally, as the loyal subscriber ages, the magazine does too. According to a recent survey, 91 percent of Game Informer readers are now 21 years old or over.

“A majority of our readers echo a generation of gamers who have matured while maintaining video games as a hobby,” Borm says. “Many of these readers are career professionals who have families of their own and depend on Game Informer as their entertainment resource.”

Andy McNamara, editor-in-chief, says that many subscribers have been loyal since the first issue of Game Informer from August 1991, which featured gaming tips for Sonic the Hedgehog. Now, in order to maintain its hold of readers’ attention, Game Informer evolves with both the gaming industry and the expectations of its subscribers to incorporate the wide variety of new and innovative games its readers are playing.

“[Game Informer] organically reflects the nature of the content found in video games,” Borm says. “It directly mirrors the majority of the gaming community who has aged and matured in harmony with the games themselves.” Where the magazine may have once focused on usual classics like Sonic the Hedgehog or Mario Bros., the publication now features an arrangement of games, including mature-ratings like Grand Theft Auto.

Moreover, Borm says that it is due to their “true to the game” mentality when reviewing and covering games that Game Informer can hold its ranking as the fourth-largest consumer magazine in the U.S. by circulation. “Our editors are true journalists—and gamers—who are a vital part of leading and engaging the gaming community via their advocacy. These relationships are earned over time and as a result of the content we provide our fans,” he says.

A major revenue booster, however, is knowing which advertisers align with the magazine’s subscribers. Borm says the brand’s base of ad categories range from auto to theatrical releases, but all aim at the youngest generations.

“Game Informer magazine is the most efficient and effective ad buy for brands seeking the attention of Millennials and/or the Gen X demos,” says Borm. He adds that popular alcohol companies like to run ads in their publication because some of their main targets are career-professional males whose interests “go far beyond gaming” — aka a major demographic within the magazine’s readership.

And though the brand’s print circulation has been thriving, this is not the only platform where the company sees success. With an average of almost 2.3 million paid subscribers monthly to the digital issue, the digital magazine version is the largest digital consumer magazine in the U.S. and unofficially the world, according to Borm.

“Our stories about video games, which inherently feature motion and sound, come to life in our digital magazine version, so it’s a differentiator for us and for our subscribers,” he says.

The brand’s digital presence doesn’t stop there. As a companion to the magazine, the exclusive content from the publication is later posted to the website, which otherwise will generally hosts a strong presence of online video game news.

“In balance with all mediums, we don’t underestimate the long-lasting value of earning access to the consumer’s coffee table,” says Borm. 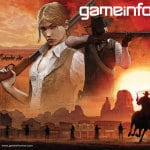 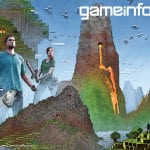 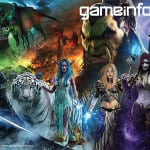 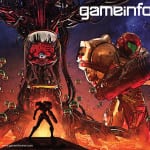 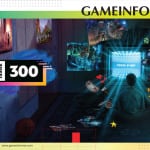