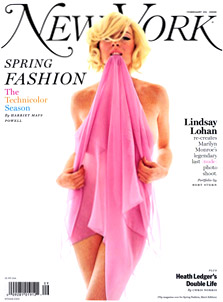 As the consumer magazine world braces for the release of the Audit Bureau of Circulations’ much-anticipated Fas-Fax newsstand figures on Monday (early returns indicate it’s gonna be ugly), publishers with actual good news to report are already touting it. Take, for instance, New York magazine, which is reporting a 3.4 percent increase in single copy sales for the first half of 2008 over first half 2007.