Hearst Names New Business Chiefs at Cosmo, Marie Claire, Women’s Health and Others
Cosmo publisher Donna Lagani steps down after two decades in the role, while Kate Kelly Smith will retire in March. 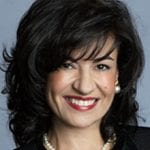 It’s a new year, and several Hearst magazines are kicking it off under new publishers.

Cosmopolitan publisher Donna Kalajian Lagani is stepping down after 23 years to take on a new position within the Hearst Foundations effective February 4, the company announced Wednesday.

Nancy Berger, VP and publisher of Marie Claire since 2009, will shift over to succeed Lagani as senior VP, publishing director and chief revenue officer of Cosmo as well as Seventeen and Women’s Health, which had also been put under Lagani’s oversight in recent years.

For Berger, the move means a reunion with Cosmo‘s current editor-in-chief Jessica Pels, who was tapped to replace Michele Promaulayko last year after shifting over from Marie Claire, where she had served as digital director since 2014. 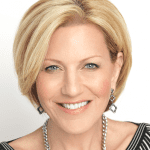 The change atop Cosmo‘s business side was one of four moves revealed Wednesday. Elsewhere within the company, Town & Country VP and publisher Jennifer Levene Bruno has been given additional oversight of the company’s design group, which includes House Beautiful, Veranda and Elle Decor.

Bruno replaces Kate Kelly Smith, who intends to retire in March after eight years running the group, according to the company. Smith first joined the company in 2006 as VP and publisher of House Beautiful after arriving from Women’s Health, which was owned by Rodale at the time.

Succeeding Berger as publishing director of Marie Claire will be Kevin O’Malley, currently senior VP/publishing director of Elle, who will now run both titles. O’Malley joined Elle in 2011 after eight years atop Esquire as publisher and chief revenue officer. Elle associate publisher Blair Hecht has been elevated to publisher of Marie Claire as a result, where she will presumably continue reporting to O’Malley. 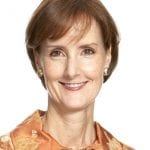 The moves are among the most significant since the company’s former digital chief Troy Young took over as president of Hearst Magazines last summer before tapping Kate Lewis to succeed Joanna Coles as chief content officer. Another early course of action was taking Seventeen digital-only (apart from intermittent stand-alone issues) in November.

“Donna [Lagani] and Kate [Kelly Smith] are two of our industry’s shining stars,” said Hearst Magazines president of marketing and publishing director, Michael Clinton, in a statement announcing the changes. “We thank them for their significant contributions, extraordinary leadership and consummate professionalism, all of which position the business they stewarded for the future, and we wish them the very best.”