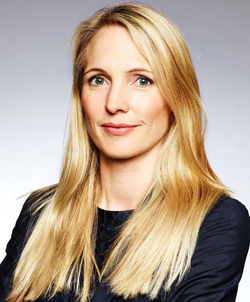 Jones, 39, was promoted to CEO from her role as chief operating officer at the company, a position she has held since November 2011. Prior to joining the company, she was digital and strategy director at Hachette Filipacchi UK and responsible for digital businesses, emerging platforms, group publishing for various weekly titles and strategic insight for brands, editors and senior managers.