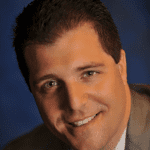 While he will continue reporting to Hearst Magazines president Troy Young, Smith will now be tasked with leading strategy for the company’s digital advertising operations, data capabilities and ad product offerings. A Hearst rep tells Folio: that the company does not intend to name a new COO at this time; in addition to his new responsibilities, Smith will continue to oversee the development of Hearst Magazines’ data competency across the organization, including CDS Global, Hearst’s business-facing customer data solutions division.

“Mike is an invaluable asset to Hearst Magazines,” said Young in a statement. “He is an evangelist for data science, and his enthusiasm for it and its many applications has caught on across our organization. With his exceptional team, he is enhancing and augmenting our advertising offerings and content creation while transforming Hearst Magazines into the media industry’s leading data-driven company.”

Smith joined Hearst in 2013 as VP, revenue platforms and operations, and later served as the SVP of advertising platforms for Hearst Core Business. Prior to Hearst, Smith spent over 13 years at Forbes Media, finishing out his time at the company as the president of Forbes.com and chief digital officer.

The Atlantic executive editor Matt Thompson is leaving the magazine after four years: 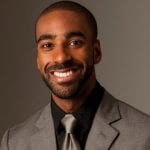 Thompson will take on the role of editor-in-chief of The Center for Investigative Reporting, overseeing the CIR newsroom and the various platforms on which its content is published, including revealnews.org, the Reveal public radio show and podcast as well as short- and long-form television and documentary projects.

While at The Atlantic, Thompson oversaw several editorial projects and initiatives, including the launch of the magazine’s podcasting unit, membership strategy and talent development teams. Prior to being promoted to executive editor in 2017, he served as the deputy editor of TheAtlantic.com, where he helped lead the magazine’s digital team through three record-breaking years of audience growth.

Starting on March 4, Thompson will succeed interim editor-in-chief Kevin Sullivan at CIR, who has been in that position since September and will continue on in his role as executive producer of the Reveal public radio show and podcast.

Quartz’s Joy Robins is leaving her post as global chief revenue officer to take on a similar role at The Washington Post: 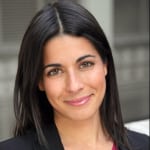 As the chief revenue officer, Robins will be responsible for overseeing the company’s ad sales divisions, as well as leading all aspects of advertising including the WP BrandStudio’s custom content programs and the Research, Experimentation and Development (RED) team’s ad tech, event sponsorship, video, audio and programmatic projects. Her first day is March 11.

“Joy will play a critical role in the continued expansion of all sales initiatives with a focus on driving top-line revenue, amplifying the messages of clients and creating premium experiences for our readers around the world,” said Fred Ryan, publisher and CEO of The Washington Post. “Her professional experience has been transformative for companies, and we look forward to her leadership in helping us build upon the successes of our strong revenue generation team.”

At Quartz, Robins spent over five years leading the company to triple digit growth. She held several senior and executive positions while with the company, including SVP global revenue and strategy and VP of advertising and strategy. Her departure comes about seven months after Quartz‘s sale to the Tokyo-based business intelligence firm Uzabase. 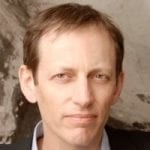 James Green, who recently served as managing director of consulting firm Bridge 22 and has been the head of sales and marketing for Newsweek since October, is taking on the new role. He will be tasked with influencing future new verticals and events for the magazine and will oversee sales packages and partner strategies in order to help grow the brand.

In addition to Green’s appointment, Shaun Hekking was hired as VP of ad sales. In this role, Hekking will work to help manage and grow existing accounts across multiple verticals, in addition to working with the editorial and production teams to develop strategic initiatives.

Most recently, Hekking was at the Wisconsin-based insurance company Acuity, where he served as senior director of advertising sales and programmatic partnerships, and before that, he held senior sales management roles at Reuters, Pandora and NBC Local Media. 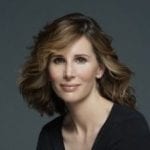 Leigh Gallagher announced that she is leaving Fortune after 12 years to become director of external affairs at Google. Gallagher most recently served as the assistant managing editor of the magazine for over nine years, and was senior editor for nearly three years before that. Prior to Fortune, she wrote for SmartMoney Magazine, Forbes and Sporting Goods Business.

Chiropractic Economics magazine tapped Rick Vach as its new editor-in-chief. Vach most recently spent 10 years with the United States Tennis Association-Florida Section where he served as the chapter’s senior marketing and communications coordinator, and previously, he served as the publisher and editor of Play Tennis Florida, the former official magazine of the Florida USTA branch. He also served as the international publications editor for the ATP World Tour earlier in his career.

Rodney Perry, who currently serves as the managing director of Oracle Data Cloud Canada, was appointed to the board of directors of BPA Worldwide. Prior to Oracle, Perry held the title of president of mPlatform, the technology media platform for the GroupM agencies, where he was tasked with managing the team responsible for all programmatic and biddable media. He has also previously served as VP of operations for BPA Worldwide’s Canadian division, CCAB. 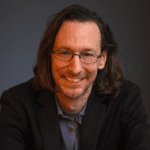 Gizmodo Media Group’s Lifehacker tapped Rob Walker as a new columnist this week. Walker most recently contributed “The Workologist” column for the New York Times, as well as the “Consumed” column for the NYT Magazine, and served as a contributing writer for the latter from 2004-2012. Prior to that, he created and wrote the “Ad Report Card” column for Slate. Walker’s new weekly column, “Human Resource” premiered this week and in it, he be tasked with answering write-in questions revolving around career, work and interpersonal office issues.

Rebecca Kaplan Haase was named the new VP of sales and distribution for Hearst’s King Features Syndicate, a distributor of comics, columns and puzzles to magazines and other publications. Kaplan Haase joins Hearst from The Washington Post where she spent spent over a decade, most recently serving as the head of the targeted products and marketplace solutions team where she was tasked with overseeing profit and loss of The Washington Post Magazine, Express, TV Week and the preprints business, along with all classified verticals.