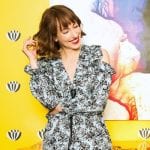 Hearst Magazines announced several changes to its editorial and leadership staff this week, including appointing Jessica Pels, most recently the digital director of Cosmopolitan.com,  as editor-in-chief of Cosmopolitan, replacing Michele Promaulayko who took over the role from Joanna Coles, following Coles’ appointment to chief creative officer in September 2016. This leadership change comes two months after Coles announced her departure from the company and Kate Lewis was tapped as her replacement.

Joanna Saltz was named editorial director of House Beautiful from her role as editorial director at Delish. Saltz had added the editorial direction of HouseBeautiful.com to her responsibilities in June of this year, and she will continue to oversee both brands. Saltz is replacing Sophie Donelson, who announced that she is leaving the company. 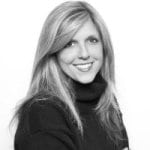 Seventeen.com has a new executive director. Kristin Koch was tasked with overseeing all content for the brand and will work to further evolve the brand’s digital-first strategy. She was most recently the magazine’s digital director and will succeed Joey Bartolomeo, who is also leaving the company.

Style director of Country Living Steele Marcoux was appointed as the new editor-in-chief of Veranda. Based in Hearst’s Birmingham, Alabama offices, the magazine’s editorial operations will also move to those offices. 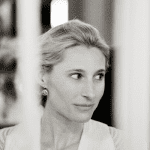 The company also made changes to its business leadership roles, who report to president, marketing and publishing director Michael Clinton. SVP, group publishing director of the Women’s Lifestyle Group, Pat Haegele, is adding a publishing strategy function to her role, with a focus on maximizing efforts in the marketplace and generating new revenue opportunities. And Jack Essig, SVP, publishing director of Esquire and Popular Mechanics, expands his role to include Men’s Health, Runner’s World, and Bicycling.

“Our teams are embracing cross-platform brand alignment, which will foster even greater idea sharing, more ambitious content creation and the development of strategic business initiatives, all of which benefit our audience, both consumer and commercial,” said new Hearst Magazines president Troy Young. “As we continue to evolve, we will combine editorial intuition with audience insights and data to create unique and purposeful experiences for our readers.”

The company also announced that Redbook will move to digital-only following the January 2019 issue. 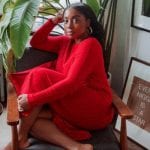 Teen Vogue tapped Lindsay Peoples Wagner as its new editor-in-chief. In her new role, Peoples Wagner will be responsible for the oversight of content for the brand’s digital, social and video platforms, and managing experiential platforms, including the brand’s tentpole Teen Vogue Summit series. She returns to Condé Nast after serving as the fashion editor of New York magazine and The Cut, and begins her new position on October 18.

“Lindsay is a gifted talent who can equally inspire and challenge her audiences,” said Anna Wintour, artistic director of Condé Nast and editor-in-chief of Vogue, in a statement. “She brings a sophistication and fresh perspective to the cultural moments and social themes that activate our Teen Vogue readers and we are very excited to have her back at Condé Nast.” 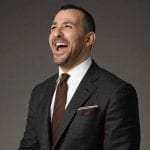 Condé Nast’s chief digital officer, Fred Santarpia, announced that he is stepping down from his role after six-and-a-half years. During his time in the C-suite, Santarpia was responsible for helping to launch CNE’s digital video business and leading the acquisitions of Pitchfork and Citizen Net.

“What a worthy mission it has been to finally solidify Condé Nast’s place in a digital world,” said Santarpia in his Instagram post. “Unfortunately, there’s never a good time to say goodbye, but with the company’s digital foundation set, this is the right time for me to say farewell.”

Nathan Lump announced that he is stepping down from his role as editor-in-chief of Travel + Leisure, editorial director of Departures, Food & Wine and Cooking Light. After four years leading the brand, following the closing of the December issue of Travel + Leisure, Lump will leave the company stating that, “now feels like the right time for me to stretch myself professionally in new ways.”

Vanessa Childers was named as Conscious Company Media’s new editorial director. She will be tasked with strengthening the voice of the brand and developing a content strategy that unifies Conscious Company Magazine, events, educational materials, and digital storytelling. Childers bring over eight years of editorial experience to the company, most recently serving as the digital editor of Wiesner Media’s Colorado Homes & Lifestyles and Mountain Living magazines. 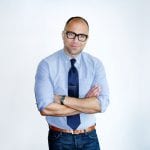 Jason Sheeler was tapped as Modern Luxury’s San Francisco magazine’s new editor-in-chief this week. Most recently, Sheeler was the style director of Departures magazine and he will be succeeding Jon Steinberg, starting later this month.

Nikki Wood also joined San Francisco magazine as publisher and VP of revenue strategy. She has over 25 years of publishing experience at a range of b2b and b2c titles, most recently serving as group publisher at Where Magazine since 2013.

Farm Journal added new divisions and made several hires and promotions this week:

The Atlantic added another staff writer this week. Amanda Mull will cover health across several topics including beauty and nutrition. She starts later this month and joins the company from PurseBlog where she served as managing editor since 2008.

Former senior writer at Wired, Jessi Hempel, is joining LinkedIn as its senior editor-at-large based in New York City.

The Washington Examiner hired Tiana Lowe as its new commentary writer. Most recently, she served as the founding editor of USC Economic Review.