The Growth of a Regional Magazine Company: Open Sky Media
OSM is acquiring its way to a national network of mid-market properties. 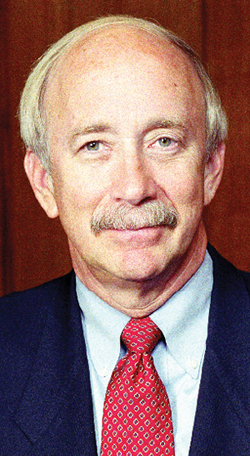 Open Sky Media (OSM) is hoping to reach its goal of having 10 to 12 regional titles in its portfolio in the next few years. As of this summer, it appears to be on its way. In early August, OSM acquired several properties from Florida-based Gulfshore Media LLC, including monthly magazines Gulfshore Life and Gulfshore Business, and annual titles like Gulfshore Life At Home, Forever Young, the Southwest Florida Guide to the Arts and several custom publications for local Florida organizations.

The opportunities for Open Sky Media will come in smaller markets within second-tier cities that give better pricing opportunities for the company. When looking to buy, OSM’s parent company, Hadley Capital, looks for properties that have a revenue between $5 million and $30 million, cash flow between $1 million and $3 million, and at least one of the following assets: a proven management team; a leadership position in a niche market; a quality brand name; an established, proprietary product line; a strong regional presence.

The company is following a somewhat standard regional magazine formula with a print-first approach and a slower build out of digital. Here, FOLIO: checks in with OSM’s CEO, Dick Franks, who has a background in local news and was formerly the president and CEO of American Community Newspapers. Franks explains how OMS’ national advertising strategy was executed for his brands around the country, and the company’s plans for the local event space that will be used to compliment his print and digital assets.

FOLIO: Describe the opportunity to acquire the Gulfshore Media properties.

Dick Franks: We had been working with several magazine publication brokers in the industry and we also let it be known through the industry grapevine that we were interested in acquiring quality properties in quality places. We had the opportunity to speak with [Gulf Shore Media president] Dan Denton a year or so ago. At that time, he had decided he really wasn’t in a position to sell off the magazine, but we reestablished a contact several months ago and he said he’d like to consider things again. We were fortunate that he had other things he wanted to address so we were able to acquire the great stable of magazines there. 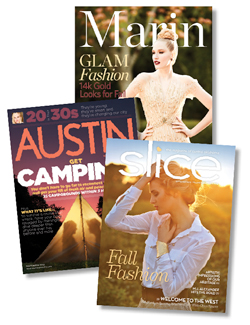 FOLIO: In March 2011 Open Sky Media acquired several magazines in Texas. In August of that year you acquired another in Oklahoma. What is the company’s acquisition strategy—what markets are you looking to expand into and how do you identify them in terms of audience makeup, volume and/or brand revenue?

Franks: In Texas we were very fortunate and that was our first acquisition. I come from the newspaper industry and I’ve had the thought for sometime that ink on paper is still a very powerful medium given the right product and right places. I’ve been interested in the city and regional magazine business—both as a subscriber, I get a lot of magazines, and as a business person for what I think are the opportunities for print going forward.

We were able to acquire the Texas magazines because of a long-standing personal relationship I’ve had with the previous owner through the newspaper industry. That’s how we got the first one. The second one was Austin. Oklahoma City was brought to our attention by the brokers we had that were looking around the country for us.

Our strategy is to acquire quality products in great markets. We’re not after what would be considered major markets, but we like second or third-tier towns and cities that have great magazines.

FOLIO: When you’re shopping for a brand to buy, or a city you’d like to get into, what size are you looking at in terms of audience and volume? The same goes for revenue. Can you give us a sense of where the bar is set for your acquisitions?

FOLIO: When you’re looking at acquisition targets, how do you value the mix between print, events, digital and other media properties? Are associated media properties a priority?

Franks: No. In fact we’re just now developing, in some cases at the basic level, and others we’re taking it to a higher level, like assets on the digital side. While we appreciate that digital has opportunities, and in some aspects can work better for advertisers and readers, we still believe print is the primary medium. You do have to be in the digital world as well, and it plays and integrates very well together, but we do not see that as replacing quality print products.

FOLIO: How do you plan to continue growing? Is there a broader national strategy to unify these titles? Are you trying to secure national advertisers across the brands?

Franks: We think each market is very unique and each community is very unique. We have no intention of a classic cookie-cutter approach. We believe all of our magazines reflect the communities that they’re in and the interest and diversity. We feel very strongly that the magazines will continue to represent their local community in the style and manner in which they’ve done so.

We also believe strongly in fact-based selling and presentations. We have conducted Mendelson studies, and we have done demographic mapping and segmentation studies to present to our sales team and our clients the best possible information we can have about our readership. We have a national rep, and we also just recently hired an account executive that will be focusing on national and major accounts.

FOLIO: Does having a national advertising strategy help to drive your acquisition strategy?

Franks: Sure, but the important thing is having the right markets and information available for advertising clients so they can see the quality of the readership and markets. In many cases it will match up very nicely.

FOLIO: The live event space plays an important role for publishers in all markets. Do you have any plans to expand that segment?

Franks: Naples has done events for a long time and they’ve done a terrific job. They do great events in the community—they run about 50 charity events and seven keynote events every year.

We’re not that mature in our other properties, but we have a full-time events person in the central properties, Texas and Oklahoma, that will continue to develop those events. We have a few in California and would like to do a lot more and we’re trying to develop the staff in order to expand to all of our markets.

FOLIO: Do you feel that city and regional magazine markets need to move more quickly away from a reliance on print, whether that be through an expansion of events or digital?

Franks: We believe print can be done properly with the right products. It is a strong medium and will continue to be a strong medium. We believe that the digital and electronic worlds have a great complimentary relationship and you can make the connections very easily between print, digital and social media. But print still has a great ability to provide a terrific amount of information and research to people. That doesn’t just happen—it comes about from people working hard. You have to have quality people doing the right job and asking the right questions. I don’t think anyone does that better than people in the print medium.