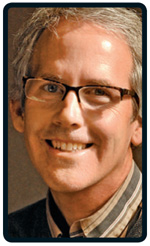 The Progressive Farmer is not short of accolades. The publication has been nominated for eight Neal awards, and won three, including the 2010 Neal for “Best Commentary” in the more than $7,000,000 in advertising and circulation revenue for the article “Editor’s Notebook”.

The Progressive Farmer has also been recognized through FOLIO:’s Ozzie and Eddie Awards: winning the 2009 Ozzies for Best B-to-B Cover for circulation above 100,000 for their December 2008 issue and Best B-to-B Feature Design for circulation above 100,000 for September 2008’s “Crumbling Away”. The publication was also awarded the 2010 Eddie in the B-to-B, Agriculture/Farming Full Issue for the December 2009 edition.

The Progressive Farmer has also begun a “Farm Safety Day Camp,” created to educate children on safety in the farm environment. More than 950,000 children have attended the camp to date.

The upcoming year promises to be a busy one for Hillyer. He said, “We plan to increase frequency of our demo-buy Cattlelink Section in the magazine and newsletter (the section that goes to beef producers). We’ll also expand coverage of marketing, precision agricultural technology and regulatory issues.”

Hillyer also said that they are likely to roll out an interactive digital magazine, as well as develop new design concepts in the print versions to better display photography.

Hillyer will be overseeing all these moves, “…while studying various strategies to provide premium content.” Sounds like a winning combination for the continued success of The Progressive Farmer.