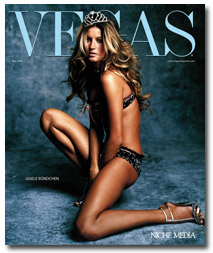 Las Vegas-based Greenspun Media has reportedly cut as much as 10 percent of its company-wide workforce.

The layoffs, according to a Las Vegas Review Journal report, are part of a larger restructuring effort. Details such as the exact number of jobs cut and the logic behind a possible restructuring was not immediately clear. When contacted by FOLIO:, a Greenspun spokesperson declined to comment.

A number of the cuts came from editorial, the report said.

Greenspun—publisher of the Las Vegas Sun newspaper as well as Las Vegas and Las Vegas Weekly magazines—merged its regional luxury publications with those from Ocean Drive Media and Niche Media last year.

Greenspun CEO Michael Carr said earlier this year that he was building a “category crushing” Web portal. In September, the company told FOLIO: it had relaunched two of its Web sites and had grown its online operation from five to 40 editorial- and operations-based staffers, with plans to hire about 20 more.