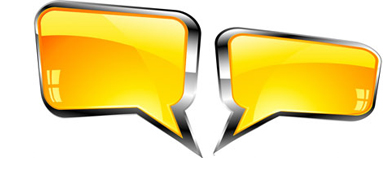 One of the great promises of digital journalism is that it breaks down barriers between publications and readers.

Consider print: You publish a story, wait for the reader emails to arrive, choose the most interesting, run a fraction of those (heavily edited for space) in a letters-to-the-editor section, then wait for readers to see your selections in their next encounters with your magazine or newspaper. (If that sounds cumbersome, recall that as recently as two decades ago those letters came not by email but as dead-tree contributions.) Sometimes even the best letters can be confusing to readers, since they respond to articles that may have been read days or weeks ago—if they were read at all.

Now consider digital: You publish a story, make it possible for readers to write comments that appear directly beneath the article, and encourage them to respond to each other as well as to the author of the piece. All in real-time; at Atlantic sites, as at other web properties, comments typically start appearing minutes after a story is published. The average post may attract a dozen or two comments, but it’s not at all uncommon for a post to have hundreds. Or (less commonly) thousands.

At their best, comment threads can put topics in a new light, stir discussions, create community, even uncover new talent. Richard Lawson, now a senior writer at The Atlantic Wire, rose through the Gawker ranks from anonymous commenter to star writer. At The Atlantic, senior editor Ta-Nehisi Coates had a particularly incisive commenter who went by the handle Cynic. We thought his observations in the comments section were so good that we asked him to contribute to the site under his own name. Now Yoni Appelbaum, a doctoral candidate at Brandeis, writes for us on everything from the Civil War to presidential politics to Amtrak.

Of course, commenters frequently are not at their best. Too often, comment sections are cesspools of vitriol, magnets for haters and trolls and spammers. Threads get hijacked so they are only tangentially connected to the topic of the underlying post. The lack of friction—mere seconds elapse between furious keystroking and posting to the world—can privilege snark over enlightenment.

The main issue here is whether comments create such a negative environment that they detract from the reading experience, a proposition to which many would answer yes. But some researchers fear the problem is deeper than that. A study by professors at the University of Wisconsin-Madison found that people who read a neutral article about nanotechnology followed by uncivil comments were more likely to perceive risks with the technology than people who read the exact same article with civil comments appended. The alarming implication here is that the comments affect how readers understand the journalism.

So what’s a publisher supposed to do in the standoff between the world of good and bad comments? Some are, understandably, giving up. The ABC affiliate in Washington, D.C., became so exasperated by the “mean-spirited, and at times hateful comments” that last month it pulled the plug.  “These comments provide no value to our readers and are time-consuming to moderate,” wrote the station’s director of new media.

There’s the rub. It takes a lot of moderating time to foster a positive commenting section. Writers or editors have to jump into the conversation to keep it on track, or to mete out justice by removing comments or even banning the worst offenders. It’s nice to think we’ll just let a thousand flowers bloom; in reality the garden needs to be weeded. But who’s got the resources? Coates says that at one point he was spending as much time moderating his comments section as he was writing posts for the site. That’s untenable—though, it must be said, Coates’s hard work created a terrific environment for readers and for himself. (When Ta-Nehisi won a National Magazine Award earlier this year for his magazine essay, Fear of a Black President, he thanked his commenters for the good suggestions they had made as he reported and wrote the piece.)

So if you believe—as I do—that comment sections can be good when aggressively moderated, but you don’t —as we don’t—have the human resources to undertake that moderating, what’s the answer? There are software solutions out there, like up/down voting systems that privilege the “best” comments by promoting them higher in the thread.  Likewise, publishers have tried various star systems to reward the best commenters and algorithms to identify and promote Most Favored Commenters, so the good stuff stays at the top and the bad stuff recedes. Some sites require commenters to register with their real names, a solution that can certainly promote civility but has its own costs.

At The Atlantic, we’re also trying something more radical. Earlier this year, we deputized two of Coates’s most faithful readers, giving them the keys to the site and assigning them to moderate his comments. They have the power to discipline and even ban. Ta-Nehisi says he chose readers who are “wise” and who had already “done the work of moderating by cooling down threads that were on the cusp of becoming knife fights.” The verdict: So far, so good. We’re watching this experiment closely, wondering if it can scale to other parts of our sites.

There’s an argument, of course, that in the age of social media, traditional commenting threads are archaic. If the purpose of a comments section is to foster discussion by amplifying reader feedback to an article or column, certainly much of the worthwhile discussion is taking place on Facebook and Twitter, not just at the bottom of a post. So a better system might integrate social media with traditional commenting.

New technologies and creative thinking will no doubt combine to build a better commenting system. In the meantime, publishers and readers alike have to decide whether our current imperfect system adds or subtracts to the journalism.