Golf Is Teeing Off on a New Multiplatform Strategy
The publisher is placing an increased focus on print, and making bets on video, education and commerce. 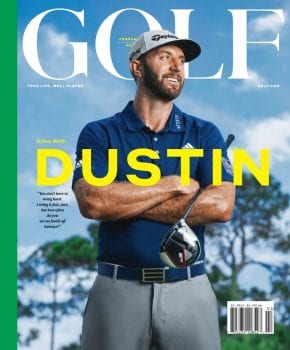 Legendary golfer Ben Hogan once said, “The most important shot in golf is the next one.” Metaphorically, the same is true in business. And for 8AM Golf’s somewhat-recent acquisition, its next shot is a multiplatform strategy that is already paying early dividends.

Golf recently began a significant reimagination of its brand, a vision that started months ago and came to fruition with a relaunch of its print magazine in January and website, Golf.com, later this month. While the advantages of having the Golf.com URL speaks for itself, CEO of Golf, Jason Adel, suggests the print magazine, which boasts a 1.24 million circulation, is still a valuable asset.

“We owed it to [readers] to offer the foundation print media is supposed to be,” he says. “It reestablishes that permanent look and feel. It’s something you want to keep around and is dedicated to the game you love. We honestly feel the publishing industry has commoditized itself in the world of print and lost what’s special, so we want to bring some of that back.”

Golf has been adding staffers in a number of departments, including print, and more specifically, design. Its creative team grew from one to four in recent months. So the redesigned print product is what you may expect—heavier paper stock, larger trim size, lush photo treatments and a mix of content formats, from snackable to lean-back reads. Likewise, the first redesigned issue featured more ad and editorial pages. But Adel tells Folio: that the momentum carried into the second issue as well. And he sees no sign of slowing down.

“Forget golf, if you’re talking affluence and luxury advertisers, we’re hitting them with the right mindset and product,” Adel says. “We feel there are few competitors who do this at scale. That’s excited the [advertising] community, especially on the endemic side, but the non-endemic brands are coming around too.”

Despite the brand’s enthusiasm for print, it also acknowledges challenges in the marketplace and the need to for publishers to diversify their portfolios.

“We aren’t trying to change consumer habits or expect them to,” says Ashley Mayo, head of brand at 8AM Golf. “What we’re trying to do is put more life into print. It’s not the core, but it is a powerful extension of our brand.”

Read about it, buy it

Speaking of extensions, Golf is gearing up (no pun intended) to launch an aggressive commerce push that will be integrated into its digital content platforms. Mayo suggests that the commerce strategy will be a boon for the brand and ties into its unique value proposition to “inspire, educate and equip” its readers.

And Adel goes further by saying that it’s not only a benefit to readers, and its own bottom line, but it will provide useful audience insights for advertisers.

“We can serve our audience end-to-end and use that data,” Adel says. “We aren’t going to compete in a 10-million-user environment, but there is an advantage in having an audience segment that we know a lot about.” 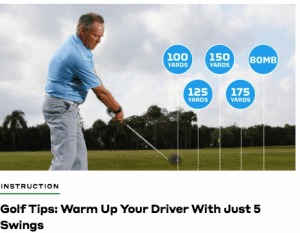 If there’s one thing every golfer has in common, it’s the desire to get better. So education has always been a staple product golf media brands provide. In fact, Adel says it will always be his brand’s “bread and butter,” but he intends to do more.

“We believe there’s still whitespace with instruction,” he says. “There are few things out there that brands like ours have not done historically well. It’s really hard to find a brand that is organized when it comes to instruction. It’s almost prohibitive. You will leave a site because you can’t find what you want, so we want to organize our instruction content and allow users to dig deeper.”

Adel and Mayo also indicate that social platforms are another opportunity to engage audiences with educational content, especially in the form of video.

“There are few brands that have the megaphone we have, but on social media we see guys like Phil Mickelson take to Instagram and become sensations on the instruction side,” Adel says. “So we are working on more short snackable videos for social, and believe they are going to be very important to us.”

To do that, the brand has invested heavily in video, and Mayo says that team has grown from one to 10 since she joined the company around six months ago.

Additionally, Golf has partnered with Swing Index to offer not only instruction from world-class coaches, but also a proprietary analysis tool that scores every component of a player’s swing, so that he or she can fine-tune it.

Playing out of the rough

Golf is not only a business operating in the challenging industry of publishing, it’s also serving an industry some research indicates is in decline overall. The 2008 recession hit golf like it hit many other markets, but its recovery has been seemingly slower than others. There have been a number of thoughts as to why that is, from macro-economic theories related to population segments to microanalyses like correlating it to the decline in Tiger Woods’ career. Adel sees things a bit differently and is optimistic.

“In terms of the state of the game, there’s a lot out there that can support either claim that it’s better or worse off,” he says. “The 35-55-year-old demographic is smaller. The Baby Boomers were the second largest generation of all time, and the numbers aren’t there with Generation X. But millennials are taking up the game in droves. We know we have to market to them differently and we have to work at attracting them differently. But in pure numbers, I think we will see an uptick in the amount of people who will take up the game. I think golf will grow over the next 10 years.”

Mayo agrees, adding, “I think the biggest thing were seeing now is the definition of golf is changing. Golf used to mean 18 holes on a course. Period. Then they started defining golf-related activities, like going to the range or playing fewer holes, as golf. When you play a game of half-court basketball you still say you played a game of basketball. So in golf, as that definition changes we’re changing with it.”

So although the state of the industry may still be in question, the Golf brand believes its own future looks promising.

“I’ve never been more excited to be in this space,” Mayo says. “Our team has doubled in size and it’s exciting to see that energy. I feel like that energy is being displayed in our print pages and soon in the rest of our platforms.”