Glamour Extends Women of the Year Awards, Returns Event to NYC
EIC Samantha Barry chats with Folio: about the changes she's making in her inaugural year hosting the event. 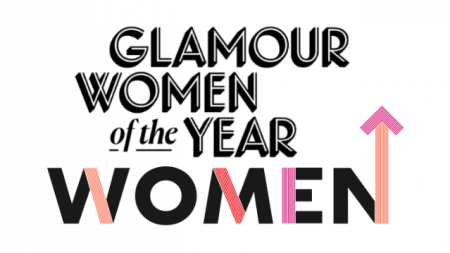 Glamour’s editor-in-chief, Samantha Barry, announced that for her first time hosting the brand’s Women of the Year Awards and Summit (now in its 28th year), she will be extending the annual event to span three days, including a new experiential element, aimed to provide attendees with behind-the-scenes, exclusive-access activities across New York City.

Running November 10-12, each day of the WOTY will feature a specific element, starting with an “experience day” on Saturday, then the Live Summit on Sunday, culminating in the awards ceremony on Monday night. After spending the last two years in Los Angeles, the summit is returning to NYC this year.

“One of the things that I wanted to do as the new editor-in-chief here, was really involve our audience in a larger experience,” Barry tells Folio:. “That is a big driver of why we wanted to have a three day event.”

The “experience day,” which is a new addition to the program, allows ticket holders the opportunity to participate in 30 activities—which were brainstormed by the editorial team but included collaborations with sponsor partners, Condé Nast’s experience team, CNX, and with the sales team for some of the bigger partnerships—that are meant to bring readers inside the metaphorical pages of Glamour.

Ranging form a class on cryptocurrency with CoinShares to a workout class at the top of One World Trade Center, the experiences were designed with exclusivity and reader intrigue in mind.

Barry says that the “experience day” is meant to reflect the four sections from the redesign of the magazine and the digital platforms: Look, feel, live, and think. So a class on cryptocurrency can tie into “think,” while a beauty experience could be categorized under “feel.”

“The experiences actually show the breadth of the type of content that our audience consumes and for us, that’s fashion and beauty and finance and entertaining, all of that,” she says.

For the live Summit, a day-long program of panel discussions which was carried over from the previous two years and last year took place during the day before the awards ceremony, presentations and conversations will take place and will be centered on the theme of “Women Rise.” Hosted by comedian Phoebe Robinson, the summit will take place at Studio Springs in Tribeca and will feature speakers and panelists like actress Awkwafina and the founder of The Wing, Audrey Gelman.

“The Summit itself is very much focused on bringing in our audiences to a real-live experience that they wouldn’t get anywhere else,” Barry tells Folio:. “There is this energy around women and their stories and what they have to say this year that is fantastic.”

Barry says the brand’s audiences have already expressed interest in the changes to the WOTY since they were announced, but partners were also interested in taking part of something beyond the traditional 28-year-long affair, “Now it’s more than just being the sponsor at an awards night. You’re being a sponsor for an event, you’re getting involved and we’re doing a lot of activations—very worthy activations—with some of our sponsors.”

Certain sponsors, like L’Oréal Paris who is on its 17th consecutive year, have long standing relationships with the WOTY, while others are newly joining, like Mercedes-Benz USA.

While the summit, aimed to appeal to the larger “Glamour tribe,” only has a limited amount of tickets—there are 700 per day available for purchase on Saturday and Sunday—and the ticket prices have fallen from last year’s $499 per ticket, to a range of $160-$360 depending on the day, the WOTY is still targeted to act as a major revenue driver for the brand.

“We also know that our audiences are more likely to spend money on experiences that they think are worthy,” Barry tells Folio:. “So I think we’ve seen this resurgence, or at least this era of experiential events, and we know audiences, if you offer them the right things, they will spend money on it.”