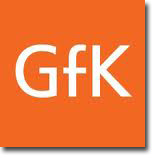 More than 40 percent of magazines surveyed saw concurrent print and digital audience growth in the fall of 2012, according to the most recent study by GfK MRI.

Of the 118 titles reported to have experienced print growth from the spring of this year, 78 of them, or 43 percent, also saw digital audience gains. On the digital-only side, 119 publications had their audiences rise, including 25 with previous digital audiences of less than 1,000.

The correlation between print and digital growth is substantially stronger than the 43-percent figure suggests however.

While 40 of those publications with growth on the print side saw digital audiences stay flat or decline in the fall, only 11 were due to actual decreases in audience. The remaining three-quarters had no digital presence in the spring and continued that trend into the fall-essentially, a null set.

Discounting those without a digital presence, closer to 50 percent of all titles included in the survey saw concurrent print and digital growth.

Straight percentage growth on the digital side is less revealing, given the novelty and initial scale of several of the programs, but Black Enterprise (2,200 percent), Handy (1,350) and Salt Water Sportsman (1,014) led the way.