Get the Most Out of Your Ad Network
The right partner will deliver results and higher CPMs. 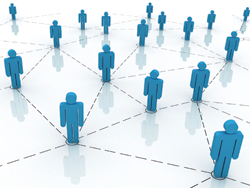 The ad network space is a confusing marketplace these days. While there’s much talk about the decline of ad networks and some are outright closing shop—Yahoo! recently shuttered its small-publisher ad network—still others are thriving. Now more than ever, publishers have to know how to maximize opportunities and avoid the pratfalls in this space.

Ad networks are still a good choice for publishers looking to attract larger advertisers. They provide reach and scale that simply may not be attainable by the traditional means of a direct sale, especially for those looking to go beyond endemic categories.

When getting started, ask to speak with four or five publishers involved in the ad network to gauge their experience, says Rich Antoniello, CEO of Complex Media, which has 39 publishers in its network. “If the network won’t provide that, don’t work with them,” he says.

It’s also important to know which companies are involved in the network. “What other brands do you want to be rubbing shoulders with?” says Antoniello. “Other sites in the network will be representative of the quality and the way people will evaluate you.” Transparency in this space is critical and Antoniello warns against choosing a partner that is foremost a technology firm outsourcing the creative content.

Don’t Limit Yourself to One Network

To maximize results, publishers should consider working with multiple networks, says Derek Reisfield, chairman of BBN Networks Inc., a b-to-b ad network. “Some ad networks really approach it like moving volumes of inventory and see it as a commodity and not differentiated,” he adds.

The less differentiated it is, the easier it sells, but at a lower price. “Some networks can package your inventory in a way that’s not a premium you get by selling directly, but at a premium to commodity type in the marketplace,” adds Reisfield. “You can get fairly good rates out of that, but it’s harder to sell volume so you probably need to build multiple layers of ad networks to maximize how you will serve those ads.”

It’s also important to learn as much about where the ads will be served, as this has led to various problems across the industry. Some networks provide a reach of 400 to 500 sites, which can be valuable to advertisers looking to reach a mass audience. Others are on the smaller scale and provide exclusivity.

CPMs vary wildly in the ad network arena. They can be as low as a few dollars and upwards from there. Complex Media’s CPMs start at $15 and go up depending on whether there are rich media units or other factors, Antoniello says. Some of BBN’s products have rates well in excess of three figures, according to Reisfield.

Use It or Lose It

Publishers have to realize that an unused ad impression is a perishable asset. “As soon as that impression is served—if it’s not served with a purpose—it’s gone,” Reisfield says. “It’s like an airline seat—if you don’t board the plane, it’s gone. You may decide you don’t want to sell at x price, but that’s an asset and you need to do something with it.”

There are several things a publisher can do to manage ad inventory that goes beyond just setting a price, Reisfield says, sticking with the airline analogy.

“What the airlines do is very sophisticated at this point,” he says. “When you start understanding the different levers they can pull, you think about business in a different way.” Like airlines, publishers can boost inventory at times of peak demand, by increasing the number of impressions generated and increasing the CPM.

There are some potential pitfalls to avoid when choosing to participate in an ad network too. “Ad networks arbitrage inventory and data and compete head-to-head with your own direct sales efforts against the same client lists,” says Kirk McDonald, president of Time Inc. Digital.

McDonald launched and oversees Time Axcess, a branded network solution offered by Time Inc.
McDonald says some of the deals out there are flat-out bad for business. “For less sophisticated buys, that don’t put value on the brand associations and audience context, ad networks can seem like a good deal,” he says. “These buyers are missing the appreciation of audience in context and the emotive value inherent in advertising. This trend to push algorithms to answer complex media placement questions drives commoditization in digital display media. This is bad for publishers today and eventually bad for buyers tomorrow.”

McDonald’s solution is to highlight the complementary relationship between the buying based on audiences and the buying based on placement and sponsorships. “It’s not an ‘either/or’, it is an ‘and’,” he says, “and publishers can and should provide both to their valued clients.”

The new trend in online advertising is semantic targeting, which uses technology to understand in a broad and deep way the meaning and sentiment of text, according to James Oppenheim, chief marketing officer of tech firm Peer39, a specialist in this field. “We can go to a page of text and understand what the page is about on a very high level,” he says.

The key to semantic targeting revolves around the basic principle that advertising does better when a message of advertising is in harmony with the content of the page. Oppenheim compares semantic targeting to contextual targeting, which he says is key-word-driven and -based, and therefore, limited. “Everyone has seen ads that have funny adjacencies,” he says, noting golf ads surrounding the Tiger Woods scandal, for example. “All of these challenges in the contextual arena negatively affect ad results. When advertisers have less than good results because of this, it drives CPMs down. You don’t have advertisers spending more for poorly targeted ads.” Oppenheim says semantically targeted ads command higher CPMs, have greater reach and deliver higher results.