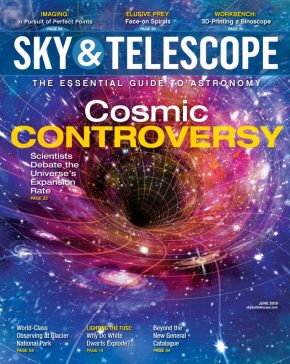 Special interest magazine publisher F+W Media is due back in Delaware bankruptcy court Monday afternoon, where the company is expected to present the winning bidders emerging from an auction of its remaining media assets, the latest step in a process that began when the company filed for Chapter 11 protection in March, citing over $100 million in debt.

Unlike the company’s books division—the entirety of which went to Penguin Random House for $5.6 million at a similar auction last week—the magazine side was broken up and auctioned off in pieces, with the largest chunks going to Active Interest Media subsidiary Cruz Bay Publishing and Macanta Investments, the investment vehicle for Terence O’Toole, who is co-managing partner of Tinicum Inc., the private investment firm that acquired a majority stake in F+W in 2014.

The total take for F+W, should all of the bids go through, will be $7.75 million.

Putting up a total of $3,525,000, Macanta secured successful bids for F+W’s crafts group (its largest division, which includes the Interweave network of of 10 knitting, sewing and related needlework magazines, as well as nine quilting-related magazines), plus the artists network (Artists Magazine, Southwest Art, Watercolor Artist and Pastel Journal), beating out Cruz Bay Publishing for the latter group with a winning bid of $675,000.

At $1,225,000, the winning bid for the 78-year-old monthly Sky & Telescope magazine came from the American Astronomical Society, which produces the peer-reviewed Astronomical Journal and Astrophysical Journal, among other publications.

Three remaining properties were successfully bid for by current F+W staffers. The winning bidder for Deer & Deer Hunting and its trio of sister titles, which together make up F+W’s outdoor group, went to longtime D&DH publisher Brad Rucks, who put up $575,000. Meanwhile, Gary Reichert, an associate publisher within F+W’s construction group, outbid Cruz Bay for those titles, which include Rural Builder and Metal Roofing magazines, among others. A pair of scrapbooking conventions, separated from the other crafts properties bid for by Macanta, were successfully bid for by organizer Todd Friedli for $300,000.

View the full list of successful bids below, per Thursday’s filing: