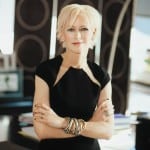 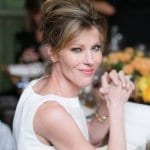 Robbie Myers, the longtime editor-in-chief Elle magazine who departed from the brand at the end of last year, is rejoining Hearst Communications at Shonda Rhimes’ website, Shondaland.com, a part of the company’s digital media network. She will be the site’s new editor-in-chief and in this new role, will be responsible for oversight of all editorial content and strategy and will report directly to Rhimes.

Joanna Coles also announced her next career move this week in an Instagram post. The former chief content officer of Hearst Magazines will be joining “CBS This Morning” where she will serve as a part-time creative adviser. Variety reported on a staff announcement from CBS News president David Rhodes in which he says, “we want Joanna’s perspective and experience to help us engage new audiences everywhere around that work.” 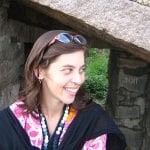 And former managing editor of Sweet at Hearst Digital Media, Amy Karafin, was appointed as the first managing editor of Fatherly. At Sweet, she oversaw a team of 15 and helped to produce daily edition of the publication. In addition to this, Karafin is the co-author of over 20 travel and guidebooks as well as appeared in several publications like CN Traveler and O, The Oprah Magazine.

Starting on Oct. 23, Karafin said in a statement that she is “honored to establish this new position on the team and to guide the brand in growing even stronger, while being part of a publication that’s helping so many people be better dads (and moms),” and she will do this through optimizing the brand’s editorial calendar, organizing editorial projects, and running point on brand extensions like podcasts and books. 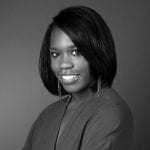 Keesha Jean-Baptiste was appointed as Hearst Magazine’s SVP of human resources this week. Jean-Baptiste is joining the company from the American Association of Advertising Agencies (the 4A’s) where she served as the SVP of talent, engagement and inclusion. She starts her new role on Nov. 12 and will report directly to Hearst Magazines president Troy Young.

“Keesha understands the inner workings and needs of a creative culture like ours,” said Young in a statement. “As we evolve as an organization and focus on collaboration, her expertise, insight and contributions will be invaluable.”

Lisa Vanderpump announced that she is stepping down from her role as editor-in-chief of Beverly Hills Lifestyle Magazine stating that she is “proud of the issues we have produced but, due to the turns my life has taken and the complicated tempest that is life, I no longer feel that I can dedicate the time to it that it needs.” 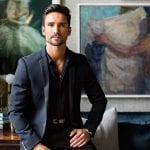 Jordan Carlyle was tapped to succeed Vanderpump as the magazine’s EIC and said in a post that he is “looking forward to this new chapter, bringing in new ideas, stories and concepts to the pages of Beverly Hills Lifestyle Magazine.” He is an artist and interior designer who has contributed to the magazine for over 10 years.

SourceMedia’s John McCormick left his decade-long role as editorial director, professional services and technology groups to take on the newly created position of editorial director at Royal Media. He is responsible for overseeing all of the company’s content production, including editorial and event coverage, across its three content verticals: air cargo, auto finance, and financial technology. 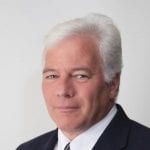 Former general manager of content at Complex Networks, Jack Erwin, is taking on a new role as the VP of content and communications at Stadium Goods, a rare and limited edition sneaker retailer.  In this position, he will be tasked with working with the content team in order to diversify and increase the brand’s media content across its social and blog platforms.

Briana Younger is joining The New Yorker as a music editor and as a writer for the Goings On About Town section, where she will be tasked with editing both the Night Life and Classical Music sections and writing about music and culture in both print and online. She most recently worked on YouTube/Google’s streaming services where she managed playlists. Younger begins her new role on Oct. 29 and will work under Goings On About Town editor Shauna Lyon.

Longtime Entertainment Weekly editor, Meeta Agrawal, is leaving her most recent position as deputy editor to take on the role of Arts & Leisure editor for the New York Times. Agrawal spent over a decade with the magazine and recently focused on collaborating with the brand’s editor-in-chief to curate covers and pitch and edit many stories and features. Starting on Oct. 22, Agrawal will be tasked with making the A&L section visually appealing and engaging.

Quartz tapped two new editors this week. Alex Ossola is taking on the role of deputy special projects editor from her previous role as features editor at Futurism. And Holly Ojalvo joins Quartz as Talent Lab editor from Youth Radio where she was the director of content operations and senior director of digital content at USA Today. 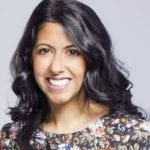 Dazed magazine’s Dazed Beauty vertical appointed two contributing editors this week. The season 10 winner of RuPaul’s Drag Race, Aquaria, is taking on the role of Entertainment editor, and model and activist Munroe Bergdorf was tapped as its new LGBTQ+ editor.

Rebecca Keegan is starting the Hollywood Reporter as senior editor for film on Nov. 5 in the Los Angeles office. She most recently served as a Hollywood correspondent for Vanity Fair.

Former news associate at CNBC.com Kellie Ell was tapped as WWD’s financial reporter, and Kaley Roshitsh, previously a campus correspondent for Her Campus, is joining the site as a business reporter, strategic content development.

Marketing and communications specialist Mollie Bowman announced that she is leaving Politico for Deloitte where she will join the customer strategy and applied design team.

Healthcare reporter Zachary Tracer is leaving Bloomberg after more than seven years with the company to join Business Insider as a healthcare editor.