Forecast 2020: Publishing Trends to Watch For
Six predictions on the year to come. 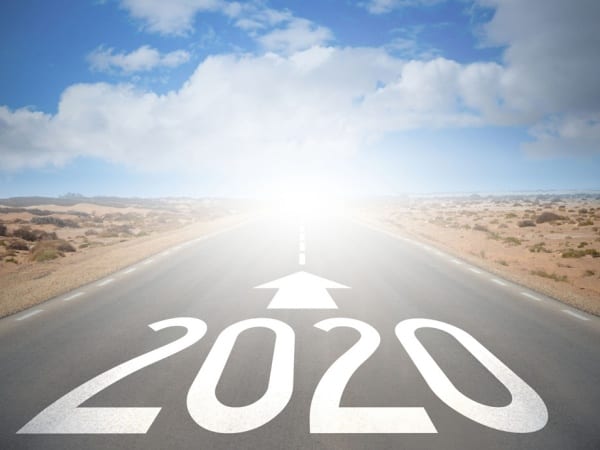 2019 was a year full of ups and downs. It was neither a good nor bad year. However, many of the events, people and trends we reported on set the stage for 2020.

For the past three years I have attempted to take my best stab at what we should expect in the months ahead, as we continue to push the limits of storytelling, while also moving our businesses and industry forward.

I admit that I am light on specifics when it comes to these annual predictions, and for good reason. It’s impossible to see the future in an industry that is wildly unpredictable. But perhaps it’s that unpredictable nature and constant transformation that makes all, or at least most, of us love working in publishing.

This year I decided to add a few more predictions than my standard three. I realize you could probably posit dozens of things that could happen over the next 11+ months, however, I think these are among the more intriguing developments to watch for.

1. The rise of the unions


For the past three or four years we have been seeing a steady increase in newsrooms unionizing, from the now-defunct Gawker Media to Slate, and the most recent push at Hearst, just to name a few.

As Hearst continues to work through a union uprising, don’t be surprised to see this happen at other media companies with significant enough staff sizes to actually pull it off. As consolidation continues to reshape the industry, along with belt tightening, unionizing is a logical antidote.

In other words, as more newsrooms cut back full-time staff and replace the work with freelancers, don’t expect the folks who actually produce the goods full-time to take it lying down.

I could have chosen a number of ancillary streams that publishers will be betting on this year, but I find affiliate marketing particularly interesting given how well publisher content can support it.

Magazines and websites were influencers before influencers were a thing. They have the trust of their readers, and likewise understand who their readers are. They have established partnerships. And, maybe most importantly, many can deliver impressions and engagements at scale. And as an added bonus, it isn’t subject to the same legal guidelines as native advertising.

Over the past couple years, more and more publishers have been seeing the potential in affiliate marketing, and it’s becoming more than pocket change for some. I fully expect this revenue stream will continue to grow this year.

This isn’t the first, nor will it probably be the last time you hear me talk about frequency being a hindrance for magazine publishers.

To make print work, publishers need to deliver high-quality books, not slimmed down, flimsier products with content that could be just as easily found online or on a phone. Of course, without a pile of cash from advertisers, that is much easier said than done.

This is why I think we will continue to see modest, in some instances, and drastic in others, frequency cutbacks.

For some publishers this strategy will not only help cut costs to make print more viable, but it may also help phase out print altogether.

Conversely, cutting frequency could present an opportunity for publishers to rethink their print products completely. For instance, reducing it down to a quarterly, with better paper, larger trim and a true “thud factor,” allows publishers to charge a premium and rely more on consumer revenue. The higher priced book isn’t only more attractive to readers and theoretically can generates more topline revenue, but it’s a much more appealing pitch for advertisers to buy against print. After all, these aren’t throwaway books; they are designed to sit around at least few months and are hard to part with.

4. Pivot back to video

This might make some of your cringe. The wounds are still very fresh for many publishers since the last pivot to video. But I promise you, this time things will be different.

The reason the first pivot to video was a flop was because too many publishers went all in too fast. It’s really that simple. Nobody actually determined if video was what their audience wanted in the first place. There were insane investments, and many of them didn’t pay off quickly enough.

While higher CPMs and advertiser demand are critically important, that alone should have never been the basis for launching overly aggressive and sometimes ill-conceived extensions.

Times have changed. The content and storytelling ability have always been there for publishers, but the right approach was missing. Now publishers are more understanding of what kind of video plays well with their audiences. Not only that, they are recognizing their ability to think outside their owned and operated channels to launch video storytelling with TV, film studios and OTT services.

Video consumption will continue to grow this year, and revenue will follow in tandem.

I realize this sounds contradictory to my last prediction, but hear me out. A product-first approach is very much aligned with your audience goals. It’s not an either/or proposition. In fact, if you don’t have the right products then you have no chance to develop, maintain or grow an audience.

To me, what product first means is developing something with an audience in mind that serves them better than any other similar product. It doesn’t mean developing something just because it’s trendy, or cutting edge for the sake of being out in front of the your competitors, but instead it solves a problem, or it entertains or more simply put: it creates an unmatched experience for the user.

Last year, I heard a lot more publishers talking about a product-first approach, especially when I was among folks in the B2B sector. This year, I expect to hear about it even more, along with practical examples of how they are actually walking the walk.

I’m pretty sure you know that 2020 is an election year. Additionally, we also have the Summer Olympics just prior to that. Add in domestic and international turmoil with an imminent impeachment trial and escalating tensions with Iran, and publishers are poised to not only have a lot of fodder for content, but should expect record-breaking traffic across a lot of sites this year that can be amplified and monetized.