Forbes Teams up with Cartier for Debut of BrandVoice Video
Product provides advertisers with platform to tell stories in news environment. 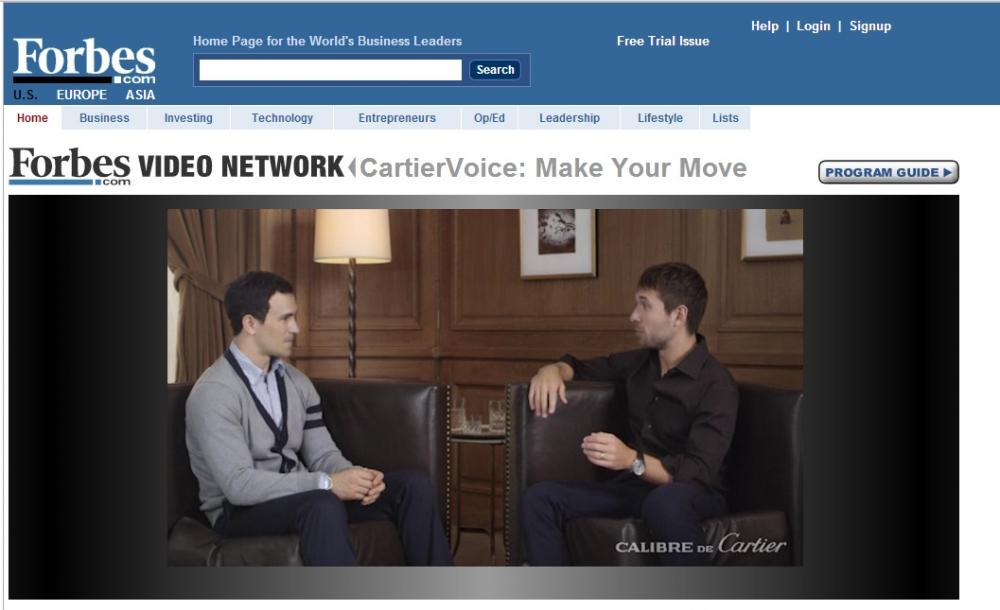 Forbes today (Oct. 3) announced the launch of its first video-based BrandVoice blog. For its BrandVoice video debut, Forbes partnered with Cartier to produce Cartier EntrepreneurVoice: Make Your Move, a three-part custom content video series featuring prominent entrepreneurs. The first of the three videos will run on Forbes.com beginning later this month, followed by two others that are expected to be released by the end of February 2013.

BrandVoice, which was recently renamed from AdVoice (launched two years ago August), is marketing vehicle offered by Forbes that combines editorial, user-generated, and marketers’ content, co-branded between Forbes and the sponsor. Forbes emphasizes that BrandVoice is a transparently labeled product that provides marketers and advertisers with a platform to tell their own stories in a credible news environment.

While BrandVoice already boasts more than a dozen partners, including SAP, Aflac, Dell, NetApp, Northwestern Mutual, and Microsoft, Cartier is the first in the BrandVoice program to leverage video as its primary content delivery mechanism. Conceived by Cartier and produced by Forbes publisher (since June 1998) Rich Karlgaard, the videos are a series of one-on-one interviews with an ascendant entrepreneur and an established entrepreneur discussing key lessons, challenges, epiphanies, mentors and sources of inspiration. Cartier launched the Make Your Move initiative in 2011; the partnership with Forbes kicks off the second series.

In the second video, Lerer will interview chef David Chang, owner of Momofuku.