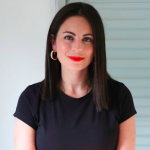 This hire follows last week’s announcement by Nylon editor-in-chief Gabrielle Korn that she was departing the digital magazine after four years.

Starting September 9, Vingan Klein will oversee all editorial operations for the newly acquired brand, including working on reinstating its print edition in the form of SIPs. She will report to Emma Rosenblum, editor-in-chief of BDG, Lifestyle, who joined the company in June.

“As a teenager in Virginia during the early aughts, I read Nylon religiously,” said Vingan Klein in a statement. “I look forward to working on reestablishing Nylon as a title that influences and drives the cultural conversation.”

Vingan Klein had been with Fashionista.com since 2013, when she joined as a senior editor. Three years later, she was promoted to editor-in-chief and has held that role since. During that time, she was credited with bringing in a larger, more diverse audience by expanding the scope of editorial content, as well as introducing video, podcasting and limited-edition merchandise.

Prior to that, Vingan Klein was the web editor for Marie Claire, the associate editor at Stylecaster and held roles at Paper magazine. 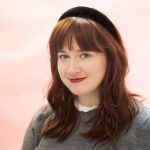 Fashionista deputy editor Tyler McCall will take over as the brand’s new editor-in-chief, succeeding Vingan Klein next month. McCall has been with the site for just under seven years over two different stints, most recently holding her current role for three and a half years. Before rejoining Fashionista in 2016, she served as the digital fashion editor at Teen Vogue and the associate social media manager at Vogue. Originally, McCall joined the brand as an editorial intern before climbing the ranks to senior associate editor. Additionally, Maura Brannigan is joining Fashionista as its editor-at-large. 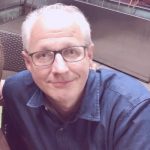 Jeff Giles was tapped for the newly created position of executive Hollywood editor for Vanity Fair this week. Starting August 19, he will be tasked with overseeing the Los Angeles bureau, which includes leading the story assignment process. He will also edit entertainment content across all of the brand’s platforms, including VF.com’s HWD section, the print magazine and all of its special editions.

Most recently, Giles was a contract writer for the New York Times and a contributing editor at VF. He is the author of two young adults novels and a veteran entertainment writer, having served as a top editor for Entertainment Weekly from 2006 to 2014. Prior to that, he held editorial positions with Rolling Stone and The New Yorker. 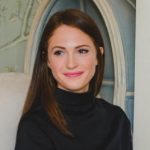 Over at Condé Nast International, Hilary Milnes was named features editor for digital-only Vogue Business, effective August 27. According to a report by Talking Biz News, Milnes will based in New York but working alongside London-based Katerina Ang, global commissioning editor at CNI and Lauren Indvik, editor-in-chief of Vogue Business, to provide global coverage of the changing retail industry.

She joins from Digiday, where she most recently held the role of editor for its online publication Modern Retail, which covers the digital evolution of retail. Before that, she had two separate stints as a retail editor for Digiday, and in between that, she also served as a senior editor, then managing editor for fashion and tech media site Glossy. 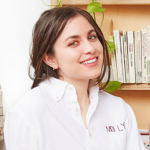 New York Media tapped Molly Young as its new literary critic for both New York magazine and its entertainment vertical Vulture. In this role, she will be tasked with contributing critical essays on recently published and older books, writing and language. She is also bringing her wide-ranging monthly newsletter of book recommendations and analysis to the magazine.

Young has contributed to New York since 2011 on a range of topics, including profiling figures and, more recently, contributing dispatches for New York’s e-commerce site The Strategist. She has also been a contributing writer for the New York Times Magazine, the New York Times Book Review, where she wrote a column, and n+1 magazine. She has bylines in GQ, Elle, The Economist, The Poetry Foundation, T Magazine and others. 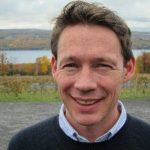 InStyle’s fashion news director, Eric Wilson, is transitioning into the role of editor-at-large as he moves to Hong Kong. From this position, Wilson will continue to contribute content to the magazine, but he will also be able to write travel features for other publications, as well as work on other fashion-related book projects. He has been with InStyle for over five years, but prior to that, he served as a reporter and fashion critic at the New York Times from 2005 to 2013.

Former Future plc exec Christine Shaw was named the new CEO of InvestmentNews, according to RIABiz. Shaw, who previously spent the past year serving as the managing director and SVP of global events and B2B at Future plc, is succeeding Suzanne Siracuse who announced her resignation as publisher after 21 years with the company to start a new consulting business. Prior to Future, Shaw spent 17 years as SVP of Penwell Corp.’s technology division. 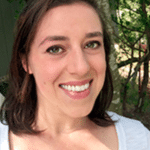 Former Quartz reporter Leah Fessler is joining Chief, a private, professional network for women in VP- to C-suite-level positions as the senior manager of editorial and brand voice. Her first day was August 5. While at Quartz, Fessler covered gender, relationships and management through a feminist perspective and was nominated for a Pulitzer for her work. She also has previous experience working for various VCs, as a management associate for Bridgewater Associates and as an editorial intern at Rodale.

Former Broadcasting & Cable and Multichannel News editor Mark Robichaux is joining communications firm Brunswick Group as its head of internal communications, according to Talking Biz News. At B&C and Multichannel News, Robichaux served as the managing director of content for seven years, in addition to serving as the publications’ editor-in-chief for one year and seven years, respectively. Prior to this, he spent a total of 12 years with The Wall Street Journal as a senior special writer. 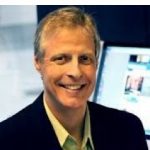 Talking Biz News also reported that Seattle Business magazine promoted Rob Smith from editor to editorial director of the brand’s parent company, giving him oversight of Seattle Magazine as well. He will remain on as editor-in-chief of Seattle Biz, and though he won’t be involved in day-to-day operations of Seattle Magazine, he will work closely with the editor on various initiatives.

Smith has been with the company since November 2018 when he joined from Portland Business Journal and the Puget Sound Business Journal, where he was also editor-in-chief. Also promoted this week was Chelsea Lin to executive editor of Seattle Magazine. She formerly was the food and drink editor and replaces Virginia Smyth.

Vice’s online tech magazine Motherboard named Lauren Gurley as a staff writer. She joins the site from The New Republic, where she served as a reporter.

IndieWire announced several hires this week to its film and TV desk: