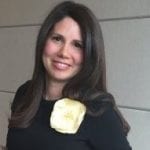 Evans most recently served as the executive editor of Condé Nast’s Brides, where she managed the production of print issues and in her new role, she will report directly to editor-in-chief Cheryl Brown and assist in planning and editing the monthly magazine. Evans will also oversee all editorial development and collaborate on Family Circle’s website, social media platforms and corporate partnerships.

Van Gelder joins the magazine from Hearst’s Dr. Oz The Good Life, where she oversaw food coverage as the lifestyle director. Before that, she also held senior leadership roles at FoodNetwork.com and Martha Stewart Living. As special projects director, Van Gelder will oversee the brand’s editorial content and execute editorial packages for each issue.

“Rory and Miranda are leaders in their field and their credibility and authority in the lifestyle space will add tremendous value to the team,” said Brown in a statement. “We’re excited to welcome them to Family Circle and are looking forward to their contributions to our brand.” 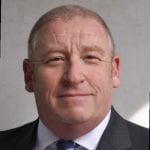 In 2013, Phillips founded and began serving as the president of strategic consultancy Present Sky LLC, and prior to that, he served as the president and CEO of Argyle Executive Forum, a B2B media and events company. Phillips also spent over 16 years as the executive vice president of B2B and B2C events and publications producer Advanstar, which was later acquired and folded into UBM/Informa in 2014. 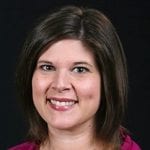 Audience development manager Angela Cotey was named the new corporate director of digital strategy. In this role, Cotey will be tasked with leading all website development, content strategy and design with an emphasis on driving audience and business growth. Additionally, she will work with the marketing and advertising teams to develop digital packages and opportunities for marketing partners. Cotey has been with Kalmbach since 2014 and will be based in the Waukesha, Wisconsin offices where she will report to SVP of marketing Nicole McGuire.

Kent Johnson was also promoted to editor of Garden Railways. Johnson has been with Kalmbach since 1994, most recently serving as the associate producer for MR Video Plus. In his new role, he will oversee all print and digital content for the magazine and will report to VP of content, Steve George in the Waukesha office.

Ryan Thompson is the new editor of Kalmbach’s American Snowmobiler. He has served as the brand’s Western editor since 2016 as well as contributed to the magazine as a freelance photographer for several years. He will be based in Utah and will also report to George. 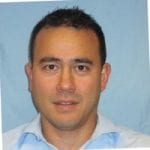 Bauer Media Group USA named Eric Szegda the executive vice president of consumer revenue. In this role, he was be responsible for leading the sales operations and strategy for Woman’s World, First for Women and Soaps in Depth, as well as over 40 special interest publications published annually. Szegda will also be tasked with overseeing the subscriptions team and developing new consumer and retail opportunities for the company.

Szegda previously spent over two decades at Time Inc., and later Meredith Corp., most recently serving as the vice president of marketing for 11 of those years, where he directed the integrated marketing programs for the company’s entire portfolio.

Bauer Media Group announced other leadership changes this week. Global head of new business and M&A Heike Tyler announced that she is resigning from her role, a position she took on in July 2018, and VP of M&A Pawel Pudlowski will take over as head of M&A. Executive board member Veit Dengler will oversee the Business Area New Business division until a new head is appointed.

ALM’s Texas Lawyer tapped a new Texas bureau chief to succeed editor-in-chief Heather Nevitt, who is expanding her post after six years with Texas Lawyer, to take on a broader role within the company’s coverage of the in-house legal space. Nevitt’s new role now includes overseeing the editorial direction of Global Leaders in Law, a membership community of global general counsel, in addition to continuing to serve as the editor-in-chief of Corporate Counsel and Inside Counsel, roles that she’s held since 2017.

Taking over as bureau chief for Texas Lawyer is Mark Bauer, who most recently held the title of managing editor for the National Law Journal and Texas Lawyer, where he was responsible for facilitating the production of the monthly magazines, curating newsletter lineups and bringing in contributed columns from members of the legal community in both Washington, D.C. and Texas.

Christopher Roberts III was added as a Class II director on Meredith’s board of directors this week. President of Dairy Foods for Land O’Lakes, Inc., Roberts’ “broad experience across several of America’s largest food companies is a great complement to Meredith’s position as the largest food media company in the United States,” said board chairman Steve Lacy in a statement. His appointment goes into effect at the next board meeting on May 7 of this year.

The Meredith Board also announced that Steve Lacy’s term was extended one year to November 10, 2020, as a Class I director. Lacy announced last month that he would be retiring as executive chairman on March 31, 2019, to become non-executive chairman, in keeping with the company’s leadership succession practices. 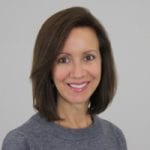 Endeavor Business Media promoted Sue Ralston from her role as show director of International Airport GSE Expo to VP of event operations last month. In her new position, Ralston will apply her over 25 years of experience in the events sector to manage the company’s portfolio of events. Before Endeavor, Ralston spent 16 years as the show manager for the National Automatic Merchandising Association’s annual conference and trade show.

The Washington Examiner tapped a new senior editor and deputy news editor this week. Kelly Jane Torrance is joining the magazine’s news desk from The Weekly Standard where she served as deputy managing editor for over eight years. In her new role, she will be tasked with editing the Daily of Defense newsletter as well as oversee the coverage of national security and foreign policy. The publication also announced the appointment of former Politico and CNN Politics editor David Mark to deputy news editor.

Forbes tapped two new assistant editors this week. Monica Melton will be on the innovation desk for cybersecurity and venture capital, and Sarah Hansen will be on the money and markets, covering crypto, blockchain and fintech. Melton comes from Auto Finance News and Bank Innovation, where she served as an associate editor, and Hansen previously interned for Forbes, as well as CNBC and Investopedia.

The former editor-in-chief of Running Times, Jonathan Beverly, is joining Competitive Running as its guest editor, responsible for helming the magazine’s February content. He will be tasked with revitalizing Competitor Running by focusing on reader service journalism. Professional long-distance runner and three-time Olympian Dathan Ritzenhein also started at Competitor Running as a columnist last month. In his new biweekly column, “Ritz on Running,” Ritzenhein will discuss his experiences as a professional athlete as well as how to be successful in running.

ColoradoBiz magazine’s Gigi Sukin left her role as digital editor to join Axios as its associate editor of news.