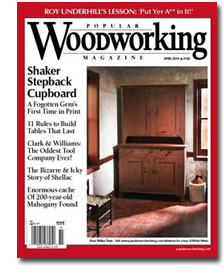 Merging the titles, according to publisher and editorial director Steve Shanesy, will strengthen the new magazine, giving it a “single brand focus.” “The merger of these two titles was driven from the bottom up, not the top down,” Shanesy told FOLIO:. “I took the concept to F+W senior management only after consultation with key editors, my circulation director and advertising sales. This was an important vetting process because I wanted to be certain that this was a good strategic move before taking it to the executive team.”

No layoffs were associated with the merger, Shanesy said.