F+W Announces Company-Wide Reorg
Products will be re-grouped into 15 “communities,” not by channel. 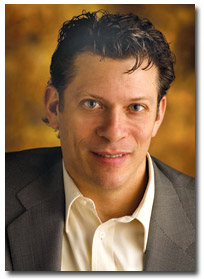 F+W Media, the Cincinnati-based enthusiast and hobbyist publisher, has announced a major reorganization that groups its products according to “communities,” not by channel.

“We believe that focusing on our communities, rather than channels like books, magazines, events or online, will increase the number of organic growth opportunities, will enable us to understand deeply the information and networking needs of our passionate enthusiast communities and enable us to be of the community rather than outside the community,” CEO David Nussbaum [pictured] wrote in an e-mail to FOLIO:.

Nussbaum wrote that there are no immediate plans to fold any of its magazines or lay off any staffers. However, he wrote, each community leader will “determine the best structure for their individual unit," which could result in "some minor changes to staff."

While there are no plans to pool editorial talent according to market, like Source Media’s reorganization in August, Nussbaum said there will be “much more cooperation/communication between the content teams.”

“Our goal is also to have our service divisions including circulation, production and finance organized so that teams are focused on market sectors rather than channels,” Nussbaum wrote in the memo. “The events team … will organize more by market group while retaining the infrastructure to allow for new launches and product extensions.”

In July, Nussbaum announced that the company was changing its name from F+W Publications to F+W Media, a move he said would better reflect the company’s expanding portfolio of digital products.