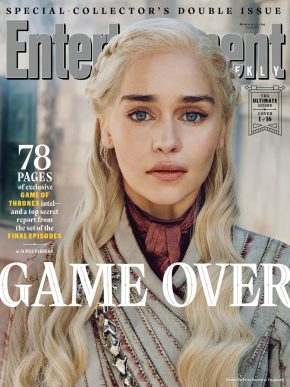 Meredith Corp. announced Thursday a “reimagining” of its 29 year-old magazine Entertainment Weekly, reducing its print edition’s frequency to monthly in favor of heavier investment in its online platforms (though it will retain the Entertainment Weekly name) and replacing veteran editor Henry Goldblatt atop the masthead with People deputy editor JD Heyman.

“Entertainment Weekly remains one of the most trusted brands in the entertainment industry, and we plan to deepen our connection with our loyal fans,” said Bruce Gersh, president of the group within Meredith comprising People and EW. “JD Heyman is the perfect choice as we reimagine the EW brand for accelerated growth and success.”

Goldblatt’s departure from EW ends a tenure that began in 2002 when he joined the magazine as deputy editor, was interrupted by a one-year stint at sister title People, and resumed in 2015 when Goldblatt jumped back to EW to replace Matt Bean as the magazine’s lead editor.

Moving forward under Heyman and SVP of digital Will Lee, who will continue to oversee EW‘s digital business, the magazine intends to increase its 24/7 entertainment coverage—including more video and “experiential platforms,” according to a news release—produce more digital-only feature stories, “digital-only covers” and podcasts.

Heyman moves over to EW after more than 13 years with People, rising to executive editor in 2010 and deputy editor in charge of the entertainment beat in 2014.

“With the transition to a new monthly frequency, readers can expect more of what they love: more access, more memorable features, more in-depth conversation about Hollywood and its brightest talent,” added Heyman in a statement. “We will continue to enhance the beloved EW covers, which are the gold standard for the entertainment community, and the new monthly cover story will be even more sought after by celebrities.”

Meredith gained ownership of EW, along with People and several other titles, through its $2.8 billion acquisition of Time Inc. at the end of 2017. It has since sold off three other former Time Inc. brands—Fortune, Golf and Time—that didn’t fit with its portfolio of primarily female-focused lifestyle magazines. A fourth, Sports Illustrated, was also sold, but will be run by Meredith as part of a licensing agreement for at least the next two years. 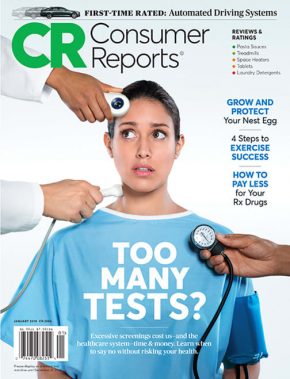 The nonprofit watchdog Consumer Reports announced Thursday the creation of a new Digital Lab, which it says will expand its advocacy around consumer privacy rights and digital security, funded by an initial $6 million investment by Craigslist founder Craig Newmark.

Acknowledging consumers’ increasingly connected lifestyles, the new project will research and report not only on platforms like Amazon, Facebook and Google, but also connected devices like smart TV’s and thermostats.

“Consumer Reports has a strong track record—from ensuring the security of seat belts in cars to keeping toxins out of food—and this new initiative will increase transparency in the digital marketplace, bolstering consumers’ ability to have more control, more options, and stronger voices,” said Newmark, who has made sizable donations to other media-related entities in recent years, including New York Public Radio, New York local news startup The City, and the City University of New York’s graduate school of journalism, which was subsequently renamed in his honor.

A previous donation from Newmark, in 2017, allowed Consumer Reports to co-author “The Digital Standard,” a new set of guidelines for manufacturers of digital products to evaluate whether their products are vulnerable to hacking and respectful of consumer privacy rights, among other things.

To help guide the new project, Consumer Reports says it will assemble an advisory board of “experts and thought leaders from the worlds of technology, academia, and journalism,” of which Newmark will serve as honorary chair.

Consumer Reports adds that Newmark’s donation is the largest in its 83-year history. 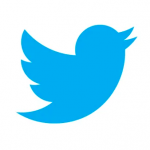 Amid pressure to curtail abuse of its platform, Twitter, like other social networks, has ramped up enforcement of its policies in recent months and suspended numerous accounts: from left- and right-wing grifters like the Krassenstein brothers and Jacob Wohl for manipulating the system with fake accounts, to former movie stars like James Woods for openly inciting political violence, to the 131-year-old legal periodical New York Law Journal for… some reason.

Beginning early on Wednesday and lasting until late Thursday afternoon, users attempting to access @NYLawJournal on Twitter were met with a message stating that the account had been suspended, and no one at the New York Law Journal or parent company ALM seems to know why.

Hey @jack, It’s obviously challenging to keep lawyers to only 140 characters but suspending the @nylawjournal account seem a bit harsh. We can’t even get a reason why from @twittersupport. 1/2

The account was finally restored around 3:00 pm EDT on Thursday after more than 24 hours in algorithm limbo.

Twitter has occasionally reversed course in the past on accounts that were suspended in error, either by staffers or by programs meant to eliminate automated disinformation on the platform.

The preferred candidate possesses a college degree in chemistry or a related science as well as two years of experience in journalism or communications.