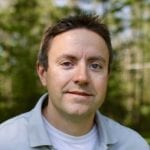 EnsembleIQ promoted Joel Hughes to the role of chief operating officer at from his position as chief digital officer, filling in a position that was vacated last November by former COO and CFO, Richard Rivera, who left to take over as CEO of Bobit Business Media following its sale to private equity.

Continuing to report to CEO David Shanker, Hughes will now take on the added responsibilities of overseeing the company’s entire production team in addition to his existing duties of running EnsembleIQ’s digital and technology departments.

Since joining the company in 2016, Hughes played a key role in the acquisitions and mergers of Stagnito, Edgell and the Path to Purchase Institute into one, renamed unit: EnsembleIQ. He also led his team in rebuilding over a dozen online brands.

“This promotion is in recognition of all the work Joel has accomplished over the past three years to make EnsembleIQ digitally and technologically stronger through reinvention and innovation,” said Shanker in statement. “He is committed to finding new and creative ways to get our messaging to the right audiences, is a strong team leader and I’m confident he will continue to guide us to even greater success.”

Prior to this, he was with Scranton Gillette Communications for over a decade, finishing out his time as the digital SVP. 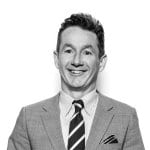 Ronan Gardiner, the former chief revenue officer and VP, publishing director at Hearst, overseeing Men’s Health, Runner’s World and Bicycling magazines, was tapped for the newly created role of VP, CRO for endurance event company Rugged Races LLC. Gardiner had previously spent over 12 years with Rodale in various positions, including chief advertising officer, prior to its acquisition by Hearst, and then spent a little under a year in his most recent position, before leaving his post last October.

“We’re excited to bring on board someone with Ronan’s experience and sales management expertise to lead our sponsorship sales initiatives.” SVP and co-founder Bradford Scudder said in a statement, “We are confident that Ronan will help us to develop even more partnerships with brands who want to engage with our highly attractive audience of young, educated, active performance-driven men and women.” 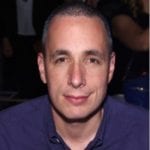 Longtime editor-in-chief of Condé Nast’s Details magazine, Dan Peres, is joining Gawker as its new EIC. Effective April 1, Peres will oversee all content development for the site’s digital, social and experiential platforms, as well as lead and oversee the relaunch of the brand later this year under new parent company, Bustle Digital Group.

During his 15-year tenure at Details, which spanned from 2000 to 2015, Peres was responsible for transforming the brand by bringing on writers and columnists, like Carrie Fisher and Anderson Cooper, and navigating the growth of the brand’s social and digital platforms. He initially joined the magazine to help lead its site relaunch, and prior to that, he spent nine years at W magazine. Peres has also recently served as the editorial director of The Players’ Tribune. 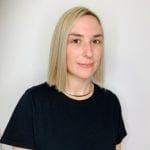 Marisa Carroll joined New York Magazine as its features editor this week. In this role, Carroll will serve as an enterprise editor for both the print edition and the magazine’s digital verticals. Most recently, she was at BuzzFeed News, were she served as the deputy national editor, tasked with assigning and editing stories for the gender, criminal justice and immigration beats. She has also held roles at Marie Claire, Guernica and The Nation. 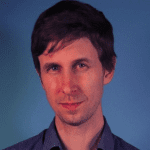 Slate’s Will Oremus is leaving the digital publication after over seven years to join Medium as a senior writer for its new science and technology magazine, OneZero, which is set to launch in April. Oremus joined Slate in 2011 as a politics and social media intern, and has since worked his way up, most recently serving as a senior tech writer and columnist, as well as the co-host of the “If Then” podcast, which will continue on at Slate under April Glaser following his departure.

Daniel Oberhaus announced that he is joining Wired’s science desk as a staff writer, covering new space, machine learning, the future of energy and open source development. Oberhaus joins the magazine from Vice Media’s Motherboard, where he served as a news editor, and prior to that, a staff writer.

Seattle Business magazine named Bill Conroy as its new managing editor, succeeding John Levesque, who retired in January. In this role, he will be tasked with leading the execution of the monthly magazine, growing the digital edition and executing social media strategy. Conroy joins the publication from B2B magazine publisher Scotsman Guide Media, where he served as the editor-in-chief, and prior to that, served as the longtime EIC of the San Antonio Business Journal for over two decades.

Kiah Haslett is joining Bank Director magazine as its managing editor, effective March 25. She comes from S&P Global Market Intelligence, where she served as a banking reporter since 2011. 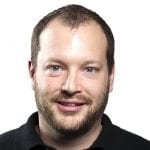 Politico announced several editorial changes this week to its magazine staff, including Blake Hounshell moving from editor of Politico Magazine to editorial director, now tasked with the additional responsibility of editing and managing Playbook. The founding editor of The Agenda, Steve Heuser, is moving to take over as the top editor of the magazine, deputy editor Elizabeth Ralph will head up the magazine’s daily report and senior editor Margy Slattery will now lead the strategy and planning of individual issues.

ALM Media named Victoria Ostrander as its new assistant editor for magazines. In this position, Ostrander will be responsible for helping with the print, digital and newsletter processes for The American Lawyer, National Law Journal and Corporate Counsel. She previously served as the assistant editor at health care publisher Slack Incorporated, where she worked on two nursing journals, and prior to that, served as the editorial assistant for Healthy Aging Magazine.

Barron’s Group hired Selin Bucak as a senior reporter for Private Equity News in London. Bucak joins the publication from Citywire, where she started as a reporter in 2014 and then took on the role of news editor in 2016. 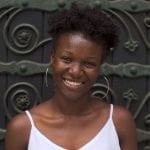 Writer and co-founder of Black Lives Matter, Alicia Garza, started as a contributing editor at Marie Claire this week.

Lovia Gyarkye started as the new associate editor for the New York Times’ creative studio, NYT Mag Labs, last week, reporting to editorial director Caitlin Roper. In this role, Gyarkye will be tasked with working on special sections and projects, like the NYT for Kids. Most recently, she served as a researcher and writer for the Book Review, as well as contributed to the Styles section, and prior to joining the NYT in 2017, Gyarkye served as a researcher and reporter for The New Republic.