Enough With the E-Reader Prototypes—Give Us the Content
It's time to put real digital content into the hands of real consumers. 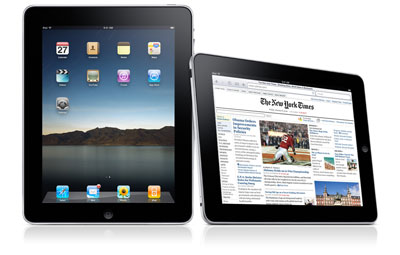 On Monday, I was in Austin, Texas for the South by Southwest Interactive conference. I sat in a crowded ballroom and watched representatives from Wired and Adobe talk about a concept digital-magazine version of Wired for tablets, iPhones and other gadgets. Then I hopped on a plane and headed to New York for Tuesday’s Future of Publishing Summit, an invite-only gathering attended by a hundred executives from the magazine, newspaper and book industries. One of the sessions featured representatives from Adobe, once again showing off the Wired digital-mag prototype.

At both conferences, we saw how the Wired e-magazine lets readers swoop through a publication that’s just as classy as Wired’s dead-tree version. They’ll be able to luxuriate in beautifully-designed long-form pieces, take in embedded video, and spend quality time with full-page interactive ads.

That’s assuming that Condé Nast does indeed launch a digital Wired, and that it figures out how to produce something as slick and ambitious as the prototype on a monthly basis.

For me, the Future of Publishing confab’s highlight wasn’t the Wired walkthrough or the hardware demonstrations by companies such as HP, Marvell and Spring Design. It was an afternoon working session led by Time’s Josh Quittner, with guest appearances by Sports Illustrated legend Terry McDonell and representatives from other magazines. No digital magazines or reading devices were shown—McDonell didn’t bring his own much-discussed video of an electronic version of SI. It was just a bunch of magazine people sitting around talking.

And yet this brass-tacks session was more tangible than the flashier show-and-tell segments. Quittner and McDonell said that digital editions of their respective publications are only weeks away; McDonell disclosed how many additional editors he intended to hire to produce the tabletized SI (four). We learned about Monkey, a digital-only lad magazine from the U.K.’s Dennis Publishing that already exists and has paying customers. Pricing strategies were debated.

I left the conference on a high. But I was also well aware that I might be suffering a temporary bout of irrational exuberance: No matter how cool the iPad and iPad wannabee devices may be, it’s not entirely clear why many people would choose to pay for electronic magazines rather than visit magazine Web sites which are deeper, faster-paced, more community-oriented and free.

We’ll never know for sure until we give readers that choice—and that’s why it’s time to retire the sexy videos and put real digital magazines into the hands of real consumers.