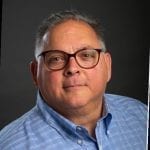 Despite a string of recent acquisitions and what CEO Chris Ferrell termed “significant financial exposure” due to a suspension of live events, Nashville-based Endeavor Business Media evidently still has the necessary cash flow to bring in some new talent.

The company announced a series of new hires this week, including Paul Andrews as VP and group publisher, overseeing a group of titles previously published by PennWell Corp., where Andrews was chief revenue officer from 2013 to 2018. He spent the past year as chief marketing officer at Bobit Business Media.

At Endeavor, Andrews tells Folio: he’ll be overseeing Laser Focus World, Military & Aerospace Electronics and Vision Systems Design magazines, each of which spent several years under the PennWell umbrella before they and about a dozen other titles were sold to Endeavor Business Media in February 2019. That deal came about a year after UK-based Clarion Events acquired PennWell in April 2018, ending 108 years of independent ownership.

Also joining Endeavor is Glenn Scheithauer as VP of technology. He’ll report to CTO Eric Kammerzelt and will be responsible for cybersecurity, development and IT. Scheithauer arrives from EnsembleIQ, where he spent the last four years, most recently as director of technology.

Additionally, Teresa Gebler has been hired as director, digital ad ops. She arrives from Informa, where she served as a director of digital ops and products, and previously held sales and customer success roles at UBM. Mitch Brian joins as director of strategic accounts. He was previously at B2B publisher Babcox Media, where he was a regional sales manager, based in Ohio.

Finally, Sandy Norris has joined the company as sales director for the Firehouse Expo, a multi-day event which Endeavor says attracts 4,000 attendees each year. Norris comes to Endeavor after more than three decades at PennWell (and later Clarion, post-acquisition), most recently as senior exhibit and sponsorship sales manager of the annual Distributech International trade show, which brings in more than 500 exhibitors each year. 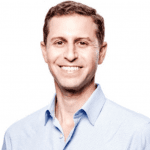 G/O Media has hired Brian Kelly as chief revenue officer, overseeing direct sales, branded content and programmatic revenue across the company’s portfolio. Kelly joins from Bleacher Report, where he had been SVP of ad sales since 2017. Prior to Bleacher Report, he was director of West Coast ad sales for parent company Turner Broadcasting System.

At Sandow, Luxe Interiors + Design has hired Trish Kirsch as publisher of its New York edition, one of 15 regional editions the magazine publishes. Kirsch joins from Moffly Media, where she spent the past six years as publisher of Greenwich magazine in addition to heading sales for six other publications and a custom publishing unit. Earlier in her career, she held sales roles at Real Simple, Country Home, Vogue and New York magazine. 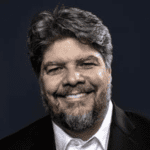 North of the border, St. Joseph Communications has named Ken Hunt president and publisher of its SJC Media division, which includes Maclean’s, Toronto Life, Chatelaine, Today’s Parent, Fashion and Hello! Canada magazines, among other titles. Hunt has spent the past nine years at SJC, having served as publisher of Toronto Life since 2015 and as the company’s VP of digital prior to that.

Elizabeth Crisp has joined Newsweek as Washington correspondent, covering the White House and Capitol Hill. Crisp joins from Louisiana-based newspapers The Advocate and The Times-Picayune, where she spent the past year as the papers’ D.C. correspondent. Prior to joining the D.C. beat, she spent five years as a Baton Rouge, La.-based reporter at The Advocate, covering state government and politics. 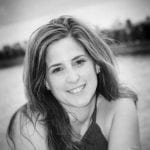 Time announced a pair of new hires: Laurie Truitt as VP of global consumer growth and Graham McDonnell as senior director, brand creative. Truitt joins from the Gannett/USA Today Network, where she spent the past three years as VP of digital consumer marketing. Prior to that, she was director of marketing strategy at MSNBC and NBC News, and director of marketing, digital products at The New York Times.

McDonnell arrives directly from The New York Times, where he had been international creative director since 2015 and was a founding member of the T Brand Studio’s international division.

The Marshall Project has hired Elan Kiderman as director of product, a newly created role reporting to EIC Susan Chira and responsible for design as well as launching new products and newsletters. Kiderman arrives from Quartz, where he spent the last five years, first as a product designer and most recently as design director, R&D.

Callie Schweitzer has joined LinkedIn as senior editor, marketing, leading the LinkedIn News team’s coverage of the marketing industry. Schweitzer was most recently the CEO of The Callie Co., an executive advisory firm she founded in 2018 and before that, she was chief content officer at Arianna Huffington’s Thrive Global. While at Time Inc. from 2013 to 2016, she served as director of digital innovation, editorial director of audience strategy and founder and editorial director of “Motto,” Time‘s millennial women’s vertical.

After eight years at Forbes, where she began her career as an intern, staff writer Samantha Sharf is joining Money as real estate editor.

Robin Bravender, Washington bureau chief at the non-profit States Newsroom, is jumping over to Business Insider as part of that outlet’s D.C. bureau. Prior to joining States Newsroom in early 2019, Bravender was an editor and reporter at E&E News. 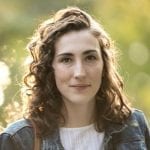 At Harper’s, senior editor Rachel Poser has been promoted to deputy editor. She’s been with the magazine for about five years, originally as an associate editor and fact checker.

Non-profit outlet Grist has hired Christian Skotte as director of innovation and growth. Skotte joins from the weekly public radio show “Science Friday,” where he spent the past eight years as co-director and head of digital, managing organizational, editorial and digital strategies. At Grist, will lead a team focused on audience engagement, growth, product innovation and analytics, as well as evolving the site’s business model, reporting to CEO Brady Piñero Walkinshaw.

Taylor Maycan, a producer at USA Today‘s investigative podcast “The City,” has joined Vox as a short-form audio producer.

Hidden Compass, a three year-old, quarterly digital magazine devoted to long-form travel writing, has hired Katie Knorovsky as managing editor. A contributor to National Geographic and former editor of National Geographic Traveler, Knorovsky will take the reins from co-founders Sabine Bergmann and Sivani Babu as the pair prepare to launch what they’re calling an “innovative crowd-funded model” in the fall.