Nine months after doubling its portfolio by acquiring more than 20 former PennWell brands from UK-based Clarion Events, Endeavor announced Monday that it has now purchased much of Informa Intelligence’s industry/infrastructure and transportation divisions—a deal that will increase its employee base by approximately 50 percent.

Encompassing some 23 trade magazines, at least seven live events and numerous digital brands, most of the assets involved in the deal are former Penton brands that were absorbed by Informa after the $1.56 billion merger of those two companies in 2016. The four exceptions are the “auto aftermarket” properties, which formerly comprised the UBM Automotive Group prior to UBM’s own merger with Informa last year.

A full list of the properties changing hands can be seen below, as provided by Endeavor: 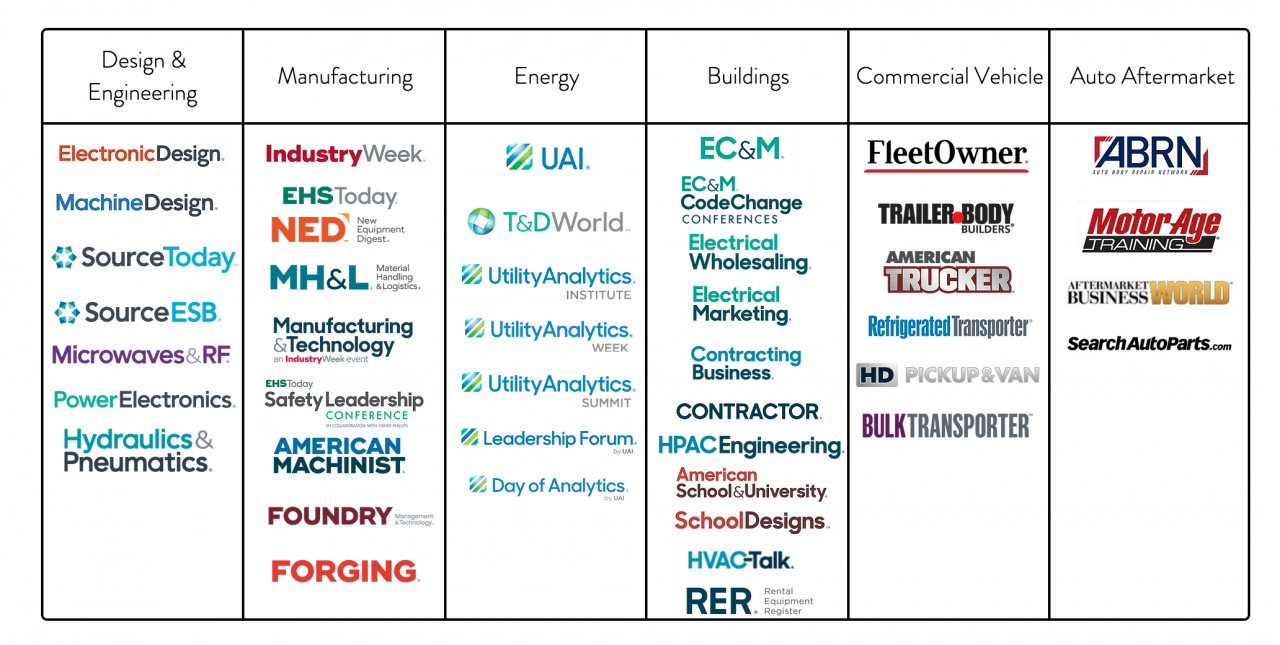 Endeavor says it now owns more than 80 print and digital media brands and 59 live events across at least 16 different industries, with more than 600 employees in at least nine corporate offices around the U.S.

Asked whether the company anticipates any layoffs or redundancies as a result of this week’s acquisition, a spokeswoman tells Folio: that Endeavor “will be bringing over all staff on the brands as they are structured today.”

Endeavor declined to share the terms of the transaction, but on a Q3 earnings call Monday, Informa execs suggested the divested properties together represented around £50 million ($64 million) in revenues to the company’s intelligence division. As part of what it calls its “progressive portfolio management” plan, Informa divested its life sciences portfolio earlier this year to U.S.-based MJH Associates for approximately $100 million.

“Endeavor is very excited about bringing the Industry & Infrastructure Intelligence and Auto Aftermarket media brands into the business to expand what we are already offering in these growing markets,” said Chris Ferrell in prepared a statement. “We look forward to investing in these brands to take them to the next level for long-term sustainable success, leveraging Endeavor’s platform-wide strengths in print, digital, events and marketing solutions.”