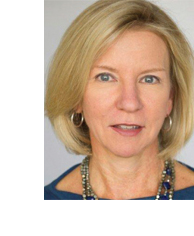 In a memo to employees this evening, Atlantic Media chairman and CEO David Bradley announced the departure of Elizabeth Baker Keffer, president of the company’s event division, AtlanticLIVE.

Her move ends a 30-year professional association with Bradley that started when he formed the Research Council of Washington, which later became the Advisory Board Company. When Bradley purchased The Atlantic in the late 90s, Baker Keffer joined him there. As Bradley notes in the memo, she served as chief marketing officer and publisher of The Atlantic before becoming founding president of AtlanticLIVE.

Along with James Bennett, Jay Lauf and Justin Smith, Bradley credits Baker Keffer as one of the primary contributors to Atlantic Media’s recent turnaround, with AtlanticLIVE consistently growing 20 percent over the last few years and now producing over 100 events.

The summer of 1984 proved, likely, the most important of my life.  For the first time, my then small company, the Advisory Board, began to get traction.  But, more significant by far, the summer crop of interns would change my life.  One, I married.  One stayed with me for 30 years, built, then saved, then built our various companies and, along the way, became family.  She has told me, now, that she will be leaving.

Elizabeth Baker Keffer, the president of AtlanticLIVE, really more its founder, will be moving to Chicago to become managing director of BDT & Company, a private investment company.  I now know the firm.  I now know by reputation and in person its founder, Byron Trott.  I understand the appeal of both this position and the chance for a second run in her career. Elizabeth, leaving wholly of her own accord and at a loss to us too big to hide, has my blessing.  She remains with us through mid-March.

Across the spring, we will be celebrating Elizabeth’s unsurpassed contribution to The Atlantic in parties at the firm and in my home.  I need save some of our story together for those occasions.  But, I want you to know, from this first announcement, how much Elizabeth has meant to me.  As to the pure commerce of building a business, my remaining career is too short for there ever to be Elizabeth’s equal in raising revenues – no one in the past.  No one for the future.  Elizabeth began as a researcher for the Research Counsel of Washington, the predecessor company to the Advisory Board.  With our first membership, in the event for commercial banks, Elizabeth managed all sales and all renewals.  As the firm broadened to two names – Advisory Board and Corporate Executive Board – and to all sectors, Elizabeth led all revenues with a sales force of scores of young professionals.  Staying with me for the leap to media, Elizabeth served successively as chief marketing officer across the brands, as publisher of The Atlantic and then founding president of AtlanticLIVE.  With James Bennet, Jay Lauf and Justin Smith, Elizabeth is responsible for the return to good fortune of The Atlantic, arguably the most remarkable turn-around in American publishing today.

There is a temptation in professional life to separate our personal friends from our friends in business, thinking without particular reflection that the personal friends are the "real" ones.  But, if you work the much greater number of waking hours, it’s not so clear where the deepest affections build.  And, in my case, I don’t have better friends in my private world than I do in Elizabeth Keffer in both my worlds.  Our children have attended the same primary schools.  Our families have traveled together. I’ve written college letters of recommendation.  I rode horse back with Elizabeth’s late husband, Jeff.  I spoke at Jeff’s memorial service.  Elizabeth, uncommonly self-possessed, speaks at all those celebrations that mark the passage of decades in my life.

Scott (Havens) is underway thinking through the leadership and organization structure for AtlanticLIVE in an after-Elizabeth world.  This will work out and to great standard. But, as to sheer personal affection, it will take another 30 years for me to attach to the next leader as I have to Elizabeth.

My Advisory Board Clan…

From that summer of 1984, and the few years that followed, there were a dozen of us that stayed together for the early years in media.  Then, one by one, they found their own next careers. With Elizabeth’s departure, we are down to one.

How I will miss having Elizabeth here every day.

My respect to you all.