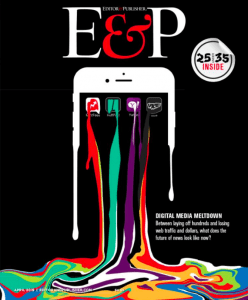 A decade after rescuing it from an imminent shutdown, Duncan McIntosh has sold newspaper industry trade magazine Editor & Publisher to consultant Mike Blinder for an undisclosed sum.

In an announcement late last week, E&P indicated that its upcoming October issue will be the first produced under its new publisher, who says that he isn’t taking a salary and plans to broaden the 114-year-old publication’s target audience while investing in its online capabilities and award programs.

“The newspaper industry has been very good to me over the past 20 years,” Blinder, who launched the digital media consulting firm Blinder Group in 1999, tells Folio:. “I’ve worked with over 300 newspapers around the world, helping them to adapt to digital marketing, and I’ve always had a love for the industry. To me, it’s more of a labor of love than a profit.”

The most immediate changes under Blinder’s ownership will be on the E&P masthead; managing editor Nu Yang will take over as editor-in-chief, succeeding longtime EIC Jeff Fleming, who will remain with the magazine’s now-former parent company (in addition to E&P, California-based Duncan McIntosh Co. also publishes OC Weekly and three boating-related titles). As a result, E&P assistant editor Evelyn Mateos has been promoted to managing editor. 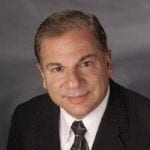 Moving forward, Blinder says he wants to grow E&P by serving an expanded crop of companies, including digital media outlets in addition to the shrinking pool of print newspapers.

“I don’t just want to serve newspapers; I want to serve news publishing,” he says. “There are many people out there now who have a responsibility to create and publish news without a printing press. We’re going to be focusing on anyone that needs to create news, create an audience around that news, and then monetize that audience—in that order. We’re going to be the one-stop place they go to learn best practices.”

According to its 2019 media kit, the E&P‘s monthly print editions have a rate base of 10,500, while its website draws around 89,000 page views each month. Blinder says he sees opportunities for growth online, particularly in podcasting, as well as around programs like the 23-year-old EPPY Awards and the magazine’s “25 Under 35” list, the latter of which Blinder intends to expand into a full-blown event rather than simply an annual editorial franchise.

At the same time, he emphasizes that E&P‘s print edition will continue as usual.

“That is paramount. It’s not because we believe that you have to be in print to be a magazine, but because that’s the heritage of the product. Many people still enjoy getting that monthly publication, so we’re going to continue to publish a magazine every month. I’m committed to that, but the digital presence is going to expand massively.”

Asked how he’s going to fund E&P‘s expansion, Blinder added, “I cannot disclose the terms of the sale, but I can say that E&P, as of this moment, is operating fine. I am putting some of my own funds into it, and I can say that I expect its revenues to continue to grow and prosper.”

Launched in 1901 and merged in 1907 with an even older title, The Journalist, E&P was acquired by James Wright Brown in 1912 and remained a family-owned business for the following 82 years. Brown’s son, Robert U. Brown, edited and published the magazine from 1953 until 1996 before selling it in 1999 to VNU Business Media, which soon afterward evolved into The Nielsen Company through a series of mergers and acquisitions.

The once formidable E&P wilted as part of Nielsen Business Media in the decade that followed, and after selling off portfolio-mates Adweek, Billboard and The Hollywood Reporter in 2009 to the company that would eventually become Prometheus Global Media, Nielsen initially made the decision to shutter E&P before McIntosh stepped forward to save the magazine a month later.

“When do you need a magazine like Editor & Publisher more, when everything is going great or in a time of crisis?” said McIntosh at the time. “It’s more vital now than ever.”