Several trends held firm for editor and executive editor salaries in 2013. Association editors got pay increases for the fourth-consecutive year, as b-to-b hit a 7-year high and became the highest-paid segment for this job title at $76,300. Consumer editor and executive editor salaries continued to fall however, dropping for the third year in a row, landing at $75,600. 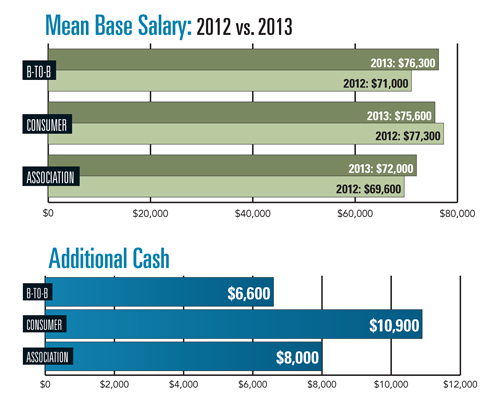