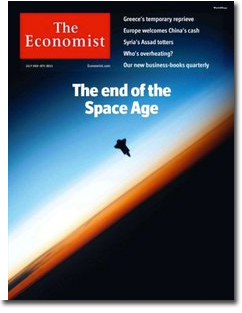 Weekly international news publication The Economist continued to see growth in circulation for the first half of 2011, with ABC reporting a 2.64 percent circ increase in year-over-year comparison. This marks the 60th consecutive 6-month period ABC reported a circ spike for The Economist.

North American subs are now up to 844,387, the largest number in The Economist’s history. Digital subs are also up at 5,245; four times higher than last year’s number.

During fiscal 2011, which ended on March 31, The Economist saw 14 percent growth in its print advertising, up to $171.9 million. Digital advertising was even stronger, up 23 percent to $32.4 million.

In first quarter 2011, PIB reported that ad pages were up 4.2 percent in year-over-year comparison.

Many publishers did not fare as well as The Economist in first half 2011, as ABC reported about 45 percent of U.S. magazines experienced a decrease in overall circulation from January-June.