Economist Group Nears Agreement to Sell CQ Roll Call
The deal would see the Group sell its Capitol Hill-focused subsidiary to D.C.-based startup FiscalNote in exchange for an 18-percent stake in the buyer. 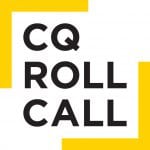 The Economist Group is nearing a deal to sell CQ Roll Call to SaaS firm FiscalNote in exchange for an 18 percent stake in the company, according to an announcement released Wednesday.

Expected to be finalized later this year, the proposed deal would see the London-based publisher become the largest individual shareholder in FiscalNote, a D.C.-based startup that provides CRM, data and information services to clients “at the intersection of global business and government.”

Chris Stibbs, CEO of The Economist Group, would join FiscalNote’s board of directors.

Formed in 2009 when The Economist Group acquired Congressional Quarterly from St. Petersburg Times owner Times Publishing Company and merged it with Roll Call, which it has owned since 1993, CQ Roll Call houses two of the oldest and largest outlets specifically devoted to Capitol Hill. The two publications maintain separate editorial mastheads but a centralized business structure under president Paul McHale.

“By acquiring CQ Roll Call, FiscalNote will be positioned to provide best-in-class solutions in the issues management space,” added Tim Hwang, FiscalNote’s 26-year-old founder and CEO. “We are excited to provide our clients with greater access to enhanced products that will inform their decision making and maximize their influence on government as they tackle the challenging issues impacting their business.”

Financial terms of the proposed agreement have not been disclosed.