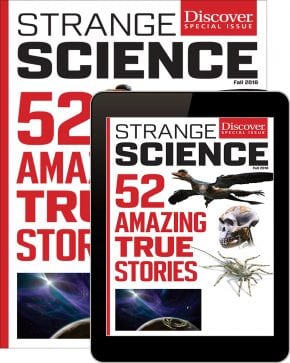 Published as a 100-page digest, the SIP will aim to be a portable source of information that capitalizes on “insatiable curiosity,” while also being compact enough to “throw in a bag, briefcase or backpack and take with you wherever you’re going,” according to Becky Lang, executive editor of Kalmbach Media’s Science Group.

Wanting to reach an audience beyond its typical subscriber, the SIP is attempting to lean into the “wow factor” by highlighting fact-backed topics such as which reptiles’ bones glow in the dark and hunting for gold in the galaxy .

“We saw an opportunity to broaden our audience beyond those who may have simply seen a quick tweet about any one of these stories or who may not ordinarily engage with much science content at all,” says Stephen George, Kalmbach’s VP of content and the Science Group editorial director.

He continues that Kalmbach hopes the “eclectic mix of topics” offered in this SIP, with quandaries ranging from “Could suppressing a sneeze kill you?” to “What would happen if you stuck your head in a particle accelerator?” will hopefully engage new readers, particularly younger ones, enough to explore the other platforms that Discover is on.

“Instead of giving our readers tall tales and urban legends, we packed this issue with factual, documented stories that are truly strange, yet true,” said Lang in a statement.

George says that all of the content that was selected for the SIP was thoroughly reviewed and fact-checked by Discover’s editorial team, “We’re one of the few brands that still has a robust fact-checking process and in the case of content like this,” he says. “We took care to ensure that the stories are all based on valid scientific research, something you just can’t take for granted today.” 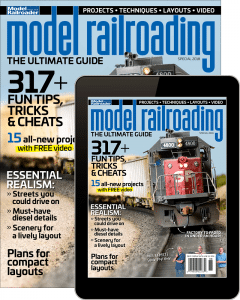 While this is the first digital-to-print SIP for Discover, it is not the first for Kalmbach’s other brands. Earlier this year, MR Video Plus, a subscription-based video hub for model railroading enthusiasts, produced an SIP called “Model Railroading: The Ultimate Guide,” which was meant to serve as a catalogue for the website in order to draw readers of Model Railroader, another Kalmbach hobbyist publication, to the MR Video Plus website.

“We saw a strong and profitable response from it,” George tells Folio:, who says that publishing SIPs has been a lucrative area for the company. “I expect that Kalmbach will do similar projects in the future where we feel our customers have an interest.”

With a cover price of $7.99, the SIP will be distributed at about 70,000 copies and will be available on newsstands until November and through the Kalmbach Science Group’s online shop.