Demand Media Can Go To Hell
No magazine should partner with a company that disrespects content like this. 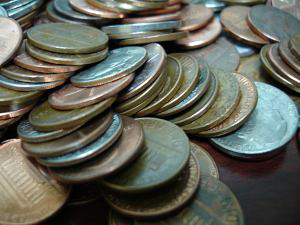 I used to scoff at what newspapers paid freelance writers for stories. Then I heard about Demand Media.

In the magazine industry, somewhere around $1 per word has been the going rate for most magazines for at least 20 years. Write a 1,500-word story, get paid $1,500. Large consumer magazines pay significantly better, going as high as $4 per word for the large magazines. There’s been no increase in fees in 20 years, but you can make a living.

Newspapers traditionally were much worse, paying $250 or so for that same 1,500-word story.

But Demand Media trumps newspapers for cheapness. Demand pays its contributors $15 per story, or 3 cents per word on a 500-word story. Demand, a four-year-old company, creates a huge amount of content that goes on various how-to sites, and is designed in part to attract Google ads. In a story yesterday on Vanityfair.com, author Matt Pressman describes the process.

He says Demand Media employs 7,000 writers, editors and videographers and produces 4,500 pieces of content a day. He adds that writers are flocking in droves to Demand Media. Pressman quotes Steven Kydd, Demand Media’s executive vice president in charge of content, as saying that writers have the benefit of steady reliable work and a quick turnaround on payments.

Please. Spare me. Getting a quick turnaround on nothing is meaningless because it’s still nothing.

Demand Media isn’t really a new idea. Sites like About.com and Themestream relied on freelancers and non-professional enthusiasts. There’s a site used by the newspaper industry called Helium that pays writers something like $25 per article. Kydd, who spoke at an MPA lunch this week, wants to partner up with magazines.

I hope no magazine ever partners with Demand Media. In fact, I hope Demand Media and any site like it goes out of business. They demean and abuse professional content creators, leveraging them to generate revenue from Google ads.

They’re sweatshops. No magazine should accept content from a company that treats content with such disrespect. In the end, too, you get what you pay for.