New York Magazine’s Editor-in-Chief Is Ready for Its Next Chapter
David Haskell on the Vox sale, succeeding Adam Moss and prioritizing journalism in a time of change.

Editor-in-chief David Haskell describes New York magazine and its related verticals as an organization “fixated on the new,” and the biweekly title has certainly seen a lot of “new” in its 51st year.

In January: a new paywall, spanning the flagship site as well as its digital offshoots, The Cut, Grub Street, Intelligencer, The Strategist and Vulture. Later in January: a new union of about 180 editorial staffers, voluntarily recognized by management (the bargaining process for its first contract is ongoing). In April: a new editor-in-chief, Haskell, filling the shoes of a celebrated predecessor, Adam Moss, who transformed the magazine and amassed countless awards over his 15-year tenure at the helm.

And most recently, in September: a new owner, Vox Media, the 14-year-old collective of online brands like SB Nation and The Verge, alarming staffers, many of whom first learned of the sale via a New York Times article published late Tuesday evening, prompting the magazine’s editorial union to issue a statement describing the lack of advance notice as “deeply unsettling” and “disrespectful.”

“I think that’s entirely understandable—it’s miserable to be out of the loop, especially if you’re a journalist,” Haskell tells Folio:. “I hope that in the days and weeks ahead that this frustration dissipates, but again, I understand it and I’m sorry it was such an upsetting Tuesday evening.”

Although memos from management have assured that New York‘s various brands will remain distinct and that its print magazine will continue, a significant concern among staffers is the preservation of New York’s editorial voice and culture, a concern that Haskell says he shares, but remains “fundamentally optimistic that we’ll succeed. It’s just something we’ll all have to work on. I’m ready for that,” adding that, “My first-order priority is to protect the special culture we have here and the extraordinary editorial product we make.” 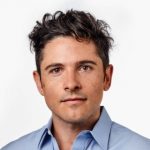 Taking over a magazine that a lot of people, both inside and outside the media sphere, care about—the Vox merger story managed to permeate the evening news cycle even as the Speaker of the House opened an impeachment inquiry into the President of the United States—at a time of considerable change comes with tremendous pressures. But Haskell, who spent several years as a deputy editor under Moss, says he’s enjoyed moving into the leadership role more than he anticipated.

“It’s been so much more fun than I was willing to imagine it would be,” he says. “I inherited something that I love and have felt proud to be a part of for 12 years. One of the gifts of the job was to be able to inherit something that you don’t feel like you need to rescue or stamp your footprint on for egotistical reasons.”

Easing the transition, Haskell says, has been a reliance on communal feedback: a tight group of senior editors helping to refine one another’s ideas and develop story pitches “that from the very beginning sound incredibly exciting to read,” which sometimes necessitates suggesting a different writer, someone who might present more of a risk but will bring a new set of talents.

“Adam developed a way of running this place in which there was sort of a voice-of-God aspect to decision making. That wasn’t because Adam was imperious; he was the opposite of that. But it was just the nature of him being in this position for a long time with just so much more experience than most of the staff.”

Haskell says he’s been pushing himself to be more direct and sometimes tough on editors, but that he generally hasn’t had to be, and that ceding some authority around green-lighting decisions has allowed a number of talented editors to spread their wings.

One departure Haskell has made in his first six months has been reorganizing the features department to better enable digital publication of the types of deeply researched, occasionally explosive long-form pieces the print magazine has become known for.

Haskell describes it as prioritizing ambition, affording the digital newsroom more freedom to produce deeper dives with a more collaborative editorial process—more or less mirroring the existing workflow on the print side—and allowing the print product to serve as a showcase of the magazine’s best work, rather than the engine that drives it.

“As the digital expression of our magazine continues to evolve, it has to be generating those features itself and not just relying on the print magazine to create them,” he says.

Haskell points to the 6,000-word, first-person narrative on the social media influencer Caroline Calloway, published on The Cut on Sept. 10, as evidence that the new process is working.

“[That story] came to the Cut editors,” he continues. “We had a system that elevated it into a manuscript meeting where we decided whether it was worth the investment of our time, because it was going to take a lot of work. It was a long piece that needed a very thoughtful edit and strong fact-checking. We were able to make the decision to green-light that without wondering whether it needed to be in the magazine.”

The story never ended up running in print, but exploded online and remains on The Cut’s homepage more than two weeks later. Haskell says he wasn’t surprised by how well the story performed, and that he recognized from the beginning that the strength of the storytelling lent it the same attention-grabbing potential as other recent coups: an April report on an alleged sex cult at Sarah Lawrence college, a wild July story on Harvard Law professor Bruce Hay and writer E. Jean Carroll’s first-person narrative of an alleged sexual assault by Donald Trump in 1996.

“There are some stories that you just know are going to find an audience, and it feels like a duty to be editing those pieces with sufficient professionalism and ambition to let them realize their potential,” he says.

As a result, the newsroom is publishing a lot more of the type of long-form storytelling that might normally have appeared only in the magazine, whose biweekly circulation is around 400,000, compared to the 40 to 50 million readers its websites attract each month.

“One of the things that’s so great about that is that the magazine forces a more intense topography in the journalism that we’re publishing,” he says. “The fact that a cover is demanded of us twice a month means that we are forced to reckon with ideas that are thrilling enough to be worthy of a cover. The print magazine is not an afterthought.” 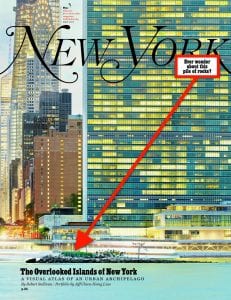 In general, the magazine business model has changed. Advertising is often insufficient to support expensive, time-consuming journalism, and like the print magazine, the institution of a paywall has meant that New York’s online verticals need to be pursuing journalism that people are willing to pay for, rather than the content that will generate a maximum number of impressions. Haskell says this shift has been freeing, rather than constraining.

“I’ve seen the pressures of the social-media-driven, Facebook-algorithm, not-too-distant past, when it was a much more difficult conversation to defend the kind of journalism that is expensive. That’s an easier project to defend now, so in that sense it’s thrilling.”

Primary among Haskell’s investments since taking the helm has been in critics—adding two new film critics, Bilge Ebiri and Alison Willmore, in September, and hiring book critic Molly Young in August—under the guise that the strength of the magazine’s journalistic operation is underpinned by sharp, provocative criticism, something Haskell has gained an appreciation for over his tenure with the magazine, especially while editing its 50th anniversary book last year.

Asked what he looks for in a new writer, Haskell lists: “Intelligence, curiosity, wit, a settled point of view on the world, but at the same time an openness to be surprised, shocked, confronted with new ways of thinking at any moment.”

“That duality is incredibly important in a writer,” he continues. “We, as an organization, are fixated on the new. We’re sort of addicted to new ideas, new expressions of culture, new shifts in political winds and people of interest. I think curiosity is really important, while at the same time having the kind of discernment and gravitas that can counter-balance enthusiasm.”