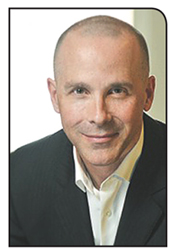 For most of 5280’s 20-year history, I’ve stubbornly insisted that I’d rather do one thing really well than a bunch of things half-assed. We’ve focused almost exclusively on crafting a single magazine that would serve Denver with high-quality journalism and a strong commitment to our community.

We didn’t waste resources on the many digital dead-ends that have distracted publishers over the past two decades. Instead, by remaining focused on our core product, we’ve managed to largely avoid the declines seen elsewhere in print publishing. Our newsstand sales have grown by 22 percent while our paid subscriber base has nearly tripled over the past 10 years. Best of all, ad revenue has returned to pre-recession levels. We’ll know in a few weeks if 2013 ends up being our biggest year ever.

Focus needn’t mean tunnel vision though. We’ve selectively expanded our horizons in recent years and will continue to do so in 2014. Each new venture truly amplifies our core mission, and only when I’m convinced it meets our high standards of quality.

Not surprisingly, we started with print, extending the 5280 brand with ancillary editions covering health, home and travel. Here again, my faith in print’s continuing viability has been confirmed: Newsstand sell-throughs for our ancillaries have often exceeded 60 percent with equally impressive ad sales.

At the same time, we’ve begun carefully building a digital audience that now rivals 5280’s print readership. Digital obviously lets us talk to our readers more frequently than a monthly magazine schedule allows, but it’s also given us a chance to explore new story-telling techniques. In 2014, we’ll continue those initiatives, while making significant efforts to monetize that audience, especially through newsletter and directory sales.

I can’t say for sure where this will lead, but the very best magazines have always been the ones with the clearest vision. And the ones who don’t do anything half-assed.