Dan Peres Is the New Editor-in-Chief of Ad Age | People on the Move
National Law Journal EIC departs for Bloomberg, an EIC returns to Gizmodo, TechCrunch COO moves on and more. 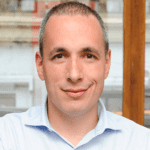 Dan Peres is taking over Ad Age as its next editor-in-chief, succeeding Brian Braiker, who left in April after three years atop the masthead.

Peres is best known as the former editor-in-chief of Details, a role he held for 15 years from 2000 until Condé Nast shuttered the magazine in 2015. More recently, he was announced as the incoming editor-in-chief of Gawker as part of an attempted relaunch under new owner Bustle Digital Group, but those plans were ultimately called off last summer.

Prior to Details, Peres was also an editor at then-fellow Fairchild Media publications W and WWD. His memoir, “As Needed for Pain,” detailing his struggle with an opioid addiction while at Fairchild and Condé Nast in the early to mid 2000s, was published by HarperCollins earlier this year.

“I’m incredibly honored to be joining the team at Ad Age,” Peres said in a statement. “The publication has such a rich history, and I’m excited to be a part of its future.” 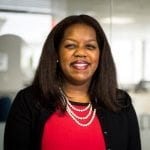 Lisa Helem, editor-in-chief of the National Law Journal, is stepping down from that position and leaving ALM Media to join Bloomberg Industry Group as executive editor, strategic initiatives.

In that newly created role, Helem will work across the newsroom on strategies for reaching readers in the legal market, particularly “diverse and younger readers,” according to an announcement. She’ll report to Cesca Antonelli, editor-in-chief of the group, which is comprised of Bloomberg Law, Bloomberg Government and Bloomberg Tax & Accounting, among other verticals.

It’s a return to Bloomberg for Helem, who was a legal editor at Bloomberg BNA prior to joining ALM in 2015. After first joining the National Law Journal as assistant managing editor, she was promoted to managing editor in 2016 and editor-in-chief in 2017 (and was named to the Folio: 100 list in 2018). 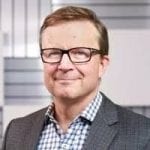 TechCrunch COO Ned Desmond is leaving after eight years to pursue new opportunities, he announced Monday, handing leadership of the site over to editor-in-chief Matthew Panzarino and director of business operations Joey Hinson.

“My decision is as much about my appetite for a green field as it is a recognition that TechCrunch’s team is ready to put a fresh stamp on our remarkable brand,” Desmond wrote in his farewell lettter. 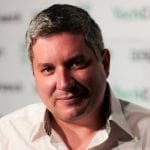 G/O Media announced that John Biggs is returning to Gizmodo as editor-in-chief, a role he previously held from 2003 to 2005, in the early days of the Gawker Media Network. Biggs succeeds Kelly Bourdet, who resigned from the EIC role after three years in April and has since joined CNN Business as assistant managing editor.

Biggs was most recently editor of the cryptocurrency news site CoinDesk, a role he took on in May of last year. Before that, he spent several years at TechCrunch as a writer and editor, and has also written for Men’s Health, The New York Times, Popular Science and Wired, among others. 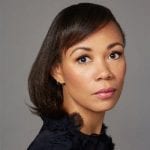 Kali Holloway has joined The Nation as a regular columnist, writing about inequality across race, gender, and class. In addition previous writing for The Nation, as well as The Guardian, Salon and TIME, among several other publications, Holloway is the director of the Make It Right Project, an initiative devoted to removing Confederate monuments. Her debut column appears in The Nation‘s July 27/August 3 issue. 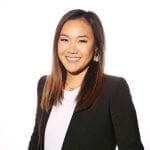 Yahoo Finance reporter Heidi Chung is jumping to Penske Media, where she’ll write for VIP, Variety‘s newly launched subscription platform for entertainment executives. Chung spent the past two years at Yahoo Finance as an on-air reporter, and prior that was an associate producer at CNBC.

Eliza Haverstock joined Forbes as assistant editor on the money and markets team. Haverstock arrives from Pitchbook, where she covered venture capital, startups, and private equity, based out of Seattle.

Catch up on previous editions of ‘People on the Move’ here: