The Daily Beast is Growing Thanks to Reader Loyalty
CRO Mia Libby explains how her team is leaning into delivering a better experience to drive more reader and advertiser revenue. 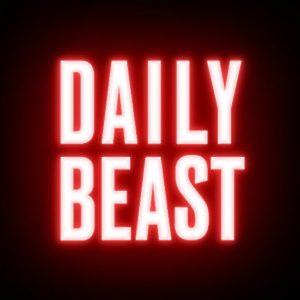 As a digital media publisher, The Daily Beast does not rely on search and social media for its success. Instead, their goal is to focus on the platforms they can control in order to create a deeply engaged audience from its base of loyal readers, according to CRO Mia Libby.

“We have been incredibly focused on increasing loyalty at The Daily Beast—loyalty and engagement,” says Libby, “but the idea was that rather than just getting any person at any given time to come to the website, we wanted to get the people who care about The Daily Beast and know where they are when they’re on The Daily Beast and can come back to spend more time and consume more stories, which we know they’re doing.”

She continues that there are a lot of reasons why investing in building brand loyalty became the ultimate goal for The Daily Beast, “but certainly for direct advertising it made a lot of sense.”

In a lot of the conversations she has with brand partners, Libby says that The Beast’s engaged and loyal audience provides the most value to advertisers because their intentional visits to the site and their trackable behaviors once there make telling brand stories very effective.

For instance, the brand’s site loyalists consume on average 11 pageviews per visit, at a total of 34 pageviews per month, and they spend 11 minutes on the site during each session.

It’s data like this that she says makes The Daily Beast stand out to partners, to the point where over half of their total revenue for 2019 is on track to come directly from digital advertising. Last year, the brand saw a 77% YOY increase in direct ad revenue along with an 80% ad renewal rate for direct advertisers. 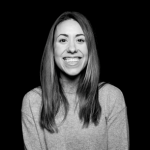 “We talk a lot about our ability to actually tell a brand’s story because we have the reader’s attention, we know where they are, they have visited The Daily Beast with intention and  therefore, it creates a platform to tell a really good brand story and to educate your consumers.”

In order to continue boosting digital ad revenue, Libby says there needs to be investment in growing and retaining the brand’s engaged audience. Part of the way that her team has been working to do that is by creating more touch points beyond the website, including developing newsletters aimed at specific interests and investing in the audio space with both smart speaker skills and the recent launch of its new podcast, “The Last Laugh.”

While the purpose for the newsletters are to get viewers back to the website, Libby says the audio platforms are mainly focused on growing the brand’s overall footprint.

“The assumption is that if you’re on a daily basis asking the smart speaker what is new from The Daily Beast, it will create more brand affinity and brand loyalty. Perhaps we’ll remind you to join our membership or sign up for one of our newsletters, but it is about creating another touchpoint for the brand and have it be more present in our users’ lives.”

However, the largest recent initiative to capitalize on its loyal readership was last June’s launch of a paid membership program—Beast Inside.

For $4.99 per month or $35 annually—prices that Libby’s team tested and determined to fall in the “sweet spot”—members are given access to all content, including the mostly paywalled archives and early access to select stories, as well as exclusive newsletters that cover topics that resonate the most with readers.

While building the membership model, however, Libby says that a lot of tinkering had to be done in order to produce a product that would both drive new subscriptions and retain members month-over-month. User surveys were sent out as a way to get an idea of what types of content readers would be willing to pay for, but her team quickly realized that what people say they’ll pay for and what they’ll actually pay for can vary greatly.

“Consistently, across the board, almost 0% of users said that they would pay for royals content. As it turns out, it’s one of our biggest drivers for conversion.”

Learning that, her team began locking up some of the royals content and created a weekly member-only newsletter called The Royalist, which is now one of the top performers in terms of open rates.

Libby says that so far, Beast Inside has not only “seen success from a volume perspective,” which is currently outpacing its 2019 goals for new subscriptions, “but also we find that once readers become members, they spend more time on the site—21% more time on the site actually. Once they’ve paid up and made that value exchange, they are coming back more and more often,” which is great for deepening the digital ad revenue stream.

The membership product also serves as one of the first ventures for the brand into consumer-based revenue and though it is too soon since its launch to estimate how big of a contributor this platform will be to the brand’s overall revenue, Libby expects that it will become the leading source of reader-generated revenue for the brand in the coming years.

Consumer-driven brand extensions and revenue streams are another focus for Libby and her team. Beyond paying for content, she says that it also became evident to The Daily Beast staff that if readers trust them for journalism, they might also trust them for product recommendations. And based on that hypothesis, the e-commerce platform Scouted was launched in October 2018.

She continues that this product is also undergoing constant tinkering, particularly when deciding which affiliate link partnerships are worth pursuing, and which aren’t.

To date, the site has between 15 and 20 regular partners and it’s goal is to grow beyond that, however “it only makes sense to grow it once our audience has expressed real interest in it. So we are testing first, making sure there is a real interest, and then investing time into the relationship where we are negotiating revenue shares and having a more consistent dialogue.”

For The Beast readers, tech and clothing tend to resonate the most, though editorial integrations within books coverage also bodes well for both the brand and the partners. And the success they’ve seen thus far indicates to Libby that future brand extensions, like merchandise or experiential activations, are an appealing opportunity.

But in order to continue growing all of these revenue streams, Libby says it goes back to establishing that base of loyal readers and continually looking for new ways to fill the pipeline for membership.

“That audience has existed for many years, so we had a nice base to work from,” she says, but in order for the brand to grow, the pool of readers must also grow. Here is where Facebook, Google and Twitter does come into play for the brand. “Certainly some of our traffic comes in via those platforms, but we are not investing all of our time and strategy cultivating our relationship in the hopes that it builds scale. Instead we are focusing our time and efforts on the things we can control to help drive more loyalty and engagement.”

And it’s the investment in the brand’s content, products and platforms that keep them coming back.

“Drawing our readers down the funnel, give them consistent brand touch points and keeping them coming back to the site is how we convert.”