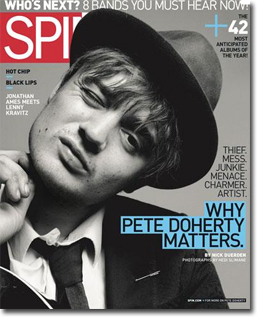 SPIN Media announced a new editorial lineup, specifically formed to better serve the cross-platform campaign SPIN put into effect with its release of the iPad SPIN Play app in March.

In alignment with this move, SPIN owner Nion McEvoy dismissed Doug Brod, who was editor-in-chief, and Malcolm Campbell, publisher, four years after hiring the pair, according to FOLIO sister site min.

Devin Pedzwater, who led the development of the SPIN Play app, will now act as the SPIN brand creative director.

Other moves include Charles Aaron, formerly music editor with the magazine, who will now act as SPIN’s editorial director. He will be responsible for both print and digital properties in this new role.