Creatives Explain the New Definition of Magazines
A dispatch from the 2019 ModMag NYC summit. 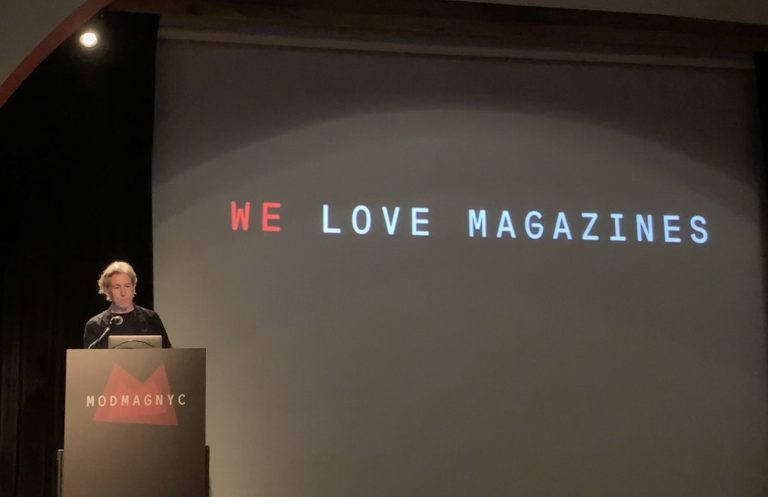 NEW YORK—During the second annual ModMag NYC summit last week, organized by the London-based magazine shop and creative studio magCulture, creatives from across the industry attempted to answer one question: What is a magazine?

Founder Jeremy Leslie led off the day by stating that he is open-minded about what makes a magazine, especially in this day and age with all of the “contemporary concepts” that have been brought to the market.

And the first speaker, Douglas McGray, co-founder and editor-in-chief of The California Sunday Magazine and Pop-Up Magazine, spoke to that point by detailing the process of experimenting with new mediums that led to the creation of Pop-Up, a live, performance-based magazine.

McGray said that while he was developing a story for “This American Life,” after spending years working with magazine media, he realized that telling stories through audio was really similar to the way he had been telling stories already—it was just with a different set of tools that he didn’t necessarily know how to use.

He also realized that because storytellers from across the different mediums of film, radio, writing and photography all shared a similar skillset of producing magazine-like content, he “started thinking about the world of people who make stories,” and the events they have that celebrate their crafts. 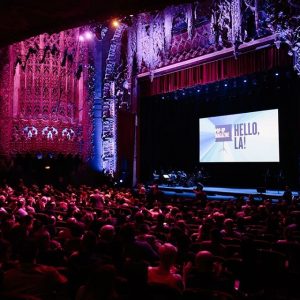 After the initial launch of Pop-Up Magazine, McGray detailed how the program grew and changed form as he and his team experimented with mixing mediums and integrating new sensory activations that readers could typically never experience when interacting with the print or digital platforms.

In later issues of the show, the team experimented with the incorporation of smell and taste during integral parts of the story, including giving each attendee a cassette tape of political poetry and slides with the preserved scent of a flower that has been extinct for over 100 years and no living person has smelled before.

“Before my friends and I started all of this, I thought I knew what a magazine was,” said McGray. “In part because I didn’t think that hard about it. Now in the last five years I’ve thought a lot about it, and now I have no idea what all a magazine might be, and I really like that.”

The experimentation of mixing mediums didn’t end there for McGray and his team though. Returning to the more traditional medium, print, The California Sunday Magazine was born as a way to tell more international long-form stories in ways that established magazines might not be able to do. Following what he calls “their experimental roots,” the semi-monthly magazine went off book in February 2018 to give breathing room to a story on American farming that ended up spanning 20,000 words, 56 pages and ultimately became the brand’s most read story of the year.

The publication’s first-ever SIP ended up being dedicated to sound, something McGray said might not be the most obvious topic choice for print, but by incorporating scannable sonic footnotes throughout the issue, readers were able to listen to music, interviews and more while reading the text. The magazine also debuted an all-photography issue, that was later expanded into an art gallery in New York.

“It’s been kind of magical to see all of these things come together in a way that can really only happen in magazines,” he said. 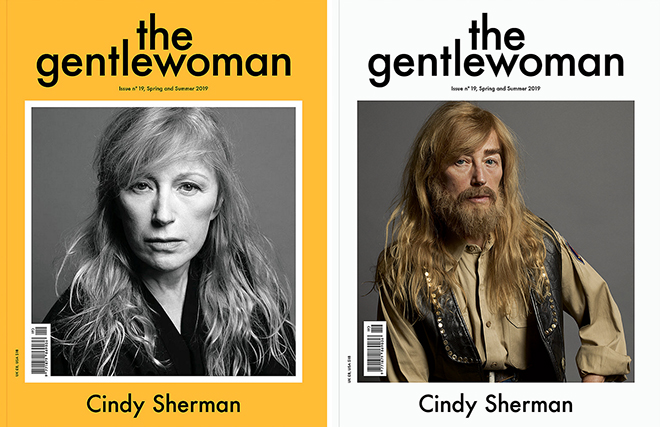 While nearly all of the speakers at ModMag came from publications that currently produce print editions—aside from Glamour, which closed its regular print product in November after nearly 80 years—a common thread throughout the presentations was finding ways to break away from the traditional format that people think of when they think of a magazine, whether by integrating an established design from print into digital platforms or finding ways to differentiate the print product itself from predecessors and competitors.

For Veronica Ditting, creative director of The Gentlewoman, keeping design stripped back to the studs was the best course of action for her team to take when creating the first few issues of the biannual magazine. Once she decided on a no-nonsense approach to design, Ditting said the publication was able to build itself up into the identifiable brand that it has since become.

Now on issue no. 19, Ditting explained that the focus can fluctuate between fashion and design, but the formula for creating the book has all but solidified, and the pared down graphic design is what helps it stand out in a crowded space.

Similarly in the women’s lifestyle genre, the biggest goal for Condé Nast creative director Nathalie Kirsheh, who was tasked with taking Glamour to a digital-first brand, was keeping the established brand alive and true to itself online, even before she knew that the regular print edition would be shuttered. 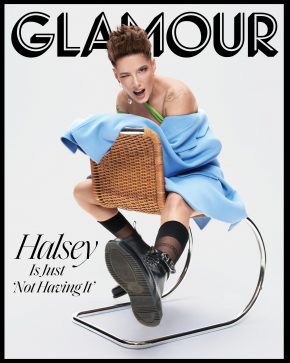 To do this, Kirsheh said her goal was to create a symbiosis between print and digital, which was important because the print staff had been solely focused on the development of the print product for so long. She began leading exercises in finding ways for the print content to come even more alive off the page, and creating a new logo that would be more distinguishable on the online platforms.

When Kirsheh and her team learned that Glamour would be ending its regular print issue, she was on set doing a cover shoot with singer Halsey. In that moment, she said they had to adjust the shoot to ensure that the end product would work just as well as a digital cover instead of print.

Thinking in terms of digital only, she continued that it was necessary for the creative team to “stretch the limitations of our digital platform, which is a unified, sort of set thing at Condé Nast, so we had to find the tricks to work around it.”

Additionally, because all of the creative teams at Condé are in the same group, aside from Wired and The New Yorker, she said she was able to learn from other brands who had gone digital-first before Glamour and pick up the necessary tools that allowed them to integrate print designs and aesthetics into the digital strategy.

The difficulties and differences of print and digital design 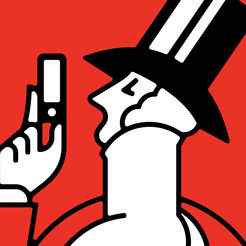 Elsewhere at Condé, The New Yorker’s creative director Nicholas Blechman said that there was a similar disparity between the print and digital editors and it was on his team to keep the peace by ensuring the design was consistent, yet suited to each platform.

“Most revenue comes from our print magazine, then again, most of our views are online, so it’s a riddle that every publisher and designer I think faces,” he said.

He continued that in print however, there are certain illustrations, or what he refers to as “spots,” that only exist on that platform in order to fill space and keep the “intrinsic identity” that the magazine is known for on each page. Coming in the form of flowers, tiny household objects and even mimes, he explained that they are completely useless to the telling of the story and are unnecessary online since they have the tendency to clutter that space.

And while Blechman said that The New Yorker’s digital edition is performing relatively well, he and his team are constantly trying to keep up with the changing consumer habits that are a result of the technological disruption in the industry. He continued that his job is to make the digital versions of stories appear coherent with the brand’s design style guide, but that becomes difficult because elements like the headline typeface, which appears best with shorter titles used frequently in print, becomes bulky for headlines that are optimized for SEO.

“At one point, five or six years ago, the internet was awesome and was easy to fix and tweak and put stories out. But at some point it became this unruly beast,” he says. “It’s all evolving; it’s all changing very fast and changing for all publications. Everyone is looking to everyone else to see how they’ve negotiated the difference between these two different mediums and it’s kind of fascinating.”

Additionally, photos in the book that are given sometimes full spreads because of their importance to the story or ability to convey emotion, are often cut in size or cropped down altogether because it interferes with readability, and it won’t look the same on any digital platform as it does in print. And though this is something that Blechman said is a pet peeve of his photo editor, it becomes exponentially more difficult to regulate because of the number of people involved with producing the content that lives online.

“When I think of the internet, I can’t help but think that it’s this machine that takes a magazine and just spits it out and repackages it in so many different mediums and formats,” he continued. And while it’s difficult to maintain the unity of the design across all of the apps and Apple News and Apple News + and social media, for Blechman, the bright side of the internet is that it allows for the freedom to give life to the stories and the art in a way that print never could.