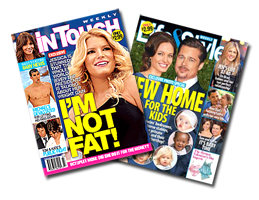 The consumer magazine industry, already decimated by layoffs, closures and cutbacks, felt the brunt of the U.S. economic meltdown at the newsstand during the second half of 2008, according to the Audit Bureau of Circulations’ latest Fas-Fax, released today.

A staggering 355 magazines tracked by ABC—some 75 percent—saw their single copy sales decline between June and December,  while just 116 managed to increase sales at the newsstand.

Domino, which Condé Nast shuttered two weeks ago, saw its total paid
and verified circulation increase 54.6 percent (to 1,047,916 copies),
including a 72.7 percent bump in paid subscriptions.

There were some bright spots, however few.

The Economist saw its newsstand sales increase 10.9 percent (to 75,777) and its total paid circulation jump 9.2 percent—this with a $1.00 cover price increase.

Creatively-spelled Kustoms & Hot Rods increased its paid circulation 45.6 percent (to just 16,621 copies, however) with a 53 percent increase at the newsstand.