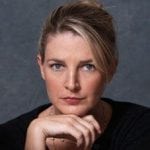 Condé Nast announced this week plans to merge the U.S. and UK editions of Condé Nast Traveler, with Melinda Stevens, editor-in-chief of the UK edition since 2012, taking over as EIC for the newly combined titles. Pilar Guzmán, who has lead the U.S. edition as EIC since 2013, will finish out her role with the remaining U.S. issues and assist in the integration of the teams, but her next role, as well as whether or not she will remain with Condé Nast, is yet to be determined.

A spokeswoman for Condé Nast declined to get into further specifics about staff changes or potential layoffs, but tells Folio: that “the staffs have been determined, informed and the changes are minimal.”

In her new role, Stevens will oversee the creation of a unified digital platform in 2019, as well as all of the content creation for both editions, which will come out of Condé Nast Britain. The January 2019 issue will mark the debut of the newly integrated U.S. publication, and as of now, there are no planned changes to the frequency of either edition. 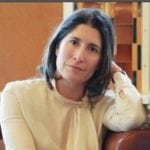 According to Albert Read, managing director of Condé Nast Britain, the combination of the publications under one leader “is a way to harness the expertise of two highly talented teams, delivering the best of all worlds to audiences. In addition, the combined reach of both editions of the brands opens up innovative new opportunities for our advertising partners.”

The combined staff will be based out of both Vogue House in London and One World Trade Center in New York, while travel correspondents are based in other global locations, and will create content that is both shared between the brands, as well as unique to their respective areas. The brands’ business and revenue teams will collaborate but will continue to operate separately.

Condé Nast says that this is the first title collaboration between the two company divisions and that several more initiatives can be expected out of Condé Nast and Condé Nast International down the road, aimed at “leveraging our global footprint.” At this time, all other international editions of Condé Nast Traveler/Traveller will remain independent from this collaboration. 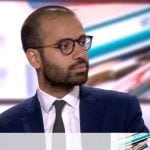 The Atlantic has appointed New York Times deputy Europe business editor, Prashant Rao, as its new global editor. Based in London, Rao will be tasked with leading the site’s coverage on a variety of beats, including U.S. foreign policy, democracy, and global conflict, as well as oversee its team of reporters that are based in Washington, London and Paris. Rao will succeed Kathy Gilsinan, who is moving over to the counter-terrorism beat as a staff writer, and will start his new role in October.

EIC Jeffrey Goldberg and editor of TheAtlantic.com Adrienne LaFrance wrote in a memo to their staff that “Prashant is an editorial force. He’s overflowing with ideas about how a real-time magazine can cover the biggest stories on the planet.” 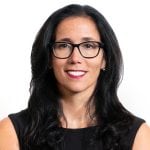 Wired design director Ivylise Simones is leaving the magazine for The Huffington Post, where she will take on the newly formed role of creative director for news. She will begin her new position in September. 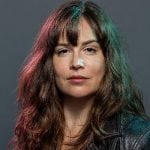 Liz Lopatto is rising to the role of deputy editor from science editor, responsible for oversight and growth of both the science and transportation teams in her new position.

William Joel was also promoted to design director from his prior role as art director. Joel will be tasked with taking a more active role in creating visual signatures for illustrations, branding design, motion graphics, and more.

Finally, Dami Lee and Mariya Abdulkaf are joining new teams within the brand, the Circuit Breaker team and the Video team, respectively. Lee will be a reporter and Abdulkaf is taking on the newly created, dedicated position of social producer, focusing on Instagram. Lee previously served as social media manager, and Abdulkaf served as a social video manager.

Samantha Liss is joining Industry Dive’s healthcare beat this September. Liss most recently served as a health care reporter at St. Louis Post-Dispatch, where she has been since 2014. 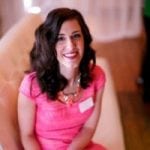 The Lingerie Journal made several staff changes this week, including appointing Elizabeth Basile as its new editor-in-chief. Basile has been with the trade publication it was founded in 2008. Basile has a long background in editorial and served as editor for Dance Retailer News and as a contributing writer and editor at other trade magazines. She will oversee content and work to shape the editorial focus on the site. The other moves include:

Gary Vaynerchuk’s Gallery Media Group, parent company of the digital brands PureWow, has appointed Kate Mitchell as its chief revenue officer. Mitchell comes from the Oprah Winfrey Network where she served as SVP of ad sales and was tasked with overseeing all ad sale strategies and digital assets. In this new position, Mitchell will be responsible for oversight of advertising sales, creative work and the branded content division for companies including Cartier, P&G and IKEA. In addition to this hire, Kevin Stetter was promoted to chief operating officer.

Renee Dudley is joining ProPublica as a senior reporter and will cover how technology, algorithms and social media influence humanity. She comes from Reuters, where she reported on flaws in the U.S. college admissions process, and was named a 2017 Pulitzer Prize finalist for national reporting. Dudley started on Aug. 13 and is based in the Boston area.

“Renee is a tenacious reporter who has repeatedly landed revelatory stories about abuses of power and forced important issues to the forefront of public debate,” said Robin Fields, managing editor of ProPublica. “As we expand our efforts to hold the giants of technology accountable, we are excited to welcome her to the ProPublica team.”

Natalie Weiner started as SB Nation’s new staff writer this week. She will cover the NFL and general sports for what she calls the first site that “got me into this wacky, wonderful world we know as the sports internet.” Most recently, she was a staff writer at Bleacher Report.

Digiday hired Ilana Kaplan as news editor. Kaplan previously served as a culture writer at The Independent and was a freelance writer for a decade for publications like New York magazine, Rolling Stone, and Vanity Fair.

Longtime financial columnist and former journalist with Fusion, Reuters and others, Felix Salmon, is joining Axios as a business journalist. Courtenay Brown is also joining the site to cover finance and markets.

JNS.org tapped Jackson Richman as its new Washington correspondent. Richman most recently works for the National Discourse as an editor. He will be covering the latest Jewish and Israel-related affairs from Washington, D.C., as well as the latest in anti-Semitism and anti-Zionism on college campuses, according to his tweet.

Alan Burdziak was hired to cover mergers and acquisitions in consumer and industrial industries at Mergermarket and Dealreporter. Burdziak comes from ALM Media’s VerdictSearch where he was a reporter covering everything from motor vehicle accidents to wrongful death and civil rights violations. 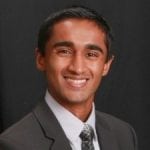 Robert Donachie is joining the Washington Examiner’s White House correspondent beat from The Daily Caller, where he served as a Capitol Hill reporter.

Business Insider promoted Hollis Johnson to photo editor. He most recently served as the brand’s visual features reporter and started with Business Insider in the summer of 2015 as an editorial photo intern.