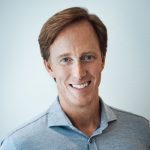 Effective April 22, Lynch is stepping into a newly created position that was designed to better integrate the Condé Nast U.S. and Condé Nast International operations—a convergence that began last year with the combination of titles such as the U.S. and UK editions of Condé Nast Traveler.

Sauerberg, who has served as CEO of the company’s U.S. operations for the past three years and stayed on during the search for a new leader, will officially step down from his post and exit the organization after 18 years.

In addition to this appointment, Jonathan Newhouse will also move into the role of chairman of the board of directors, and relinquish his title as CEO of Condé Nast International, which he took on following Sauerberg’s departure and when the plan to transition into a single global business was announced.

“After conducting a thorough search for an executive to run the combined Condé Nast US and Condé Nast International, we believe Roger is the right person to lead Condé Nast during our new phase of global integration, growth and transformation,” said Jonathan Newhouse in a statement. 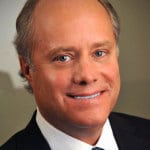 During his tenure at internet radio company Pandora, which he began in September 2017, Lynch worked to refocus the business on growth, transformation and investment initiatives in order to bolster revenue, as well as keep the company in competition with other music streaming platforms, like Spotify and Apple Music.

Prior to Pandora, Lynch launched the television streaming service SlingTV and served as its founding CEO. There, he helped to establish the company as the top live OTT service in the U.S. Lynch was also chairman and CEO of UK-based IPTV provider Video Networks International Ltd., and before that, served as president and CEO of Chello Broadband in Amsterdam.

Board member Steve Newhouse said in a statement that “Roger is a transformative leader with significant international experience and a proven track record building companies at the evolving intersection of media and technology,” and that he will continue to work on “extending our print brands into digital video, data and experiences,” such as the recent launches of several Condé-brand OTT channels, and the plan to implement paywalls across all of its digital offerings.

“As a newly combined global company, we have the opportunity to accelerate the evolution of the consumer experiences and value we deliver to our audiences and partners around the world,” said Lynch in a statement. “I’m very excited to work alongside the talented, passionate and creative team at Condé Nast as we drive the next phase of the company’s growth.”